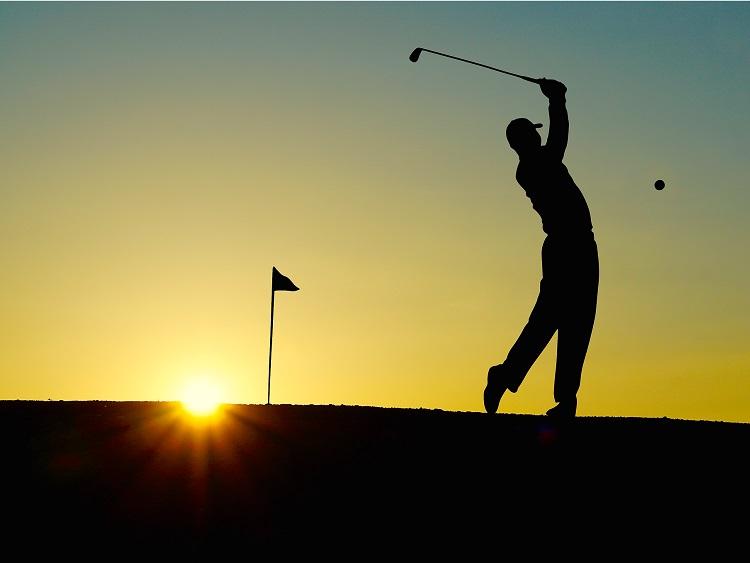 Sad parting of a golfing legend – Mr. P.J. McMahon, R.I.P.
To his golfing friends he was affectionately known as “Maxi” and apart from his academic prowess, Mr. Patrick J. McMahon, R.I.P was a true gentleman of golf, and for a lifetime so much part of Tipperary Golf Club. He played golf, he talked golf and true to his profession as a Teacher, he enjoyed imparting his vast knowledge of the intricacies and techniques of this ancient game. Whether it was “chipping out of the sand”, “chipping over the sand” or putting “back-spin” on the ball, Maxi had the answer. He would willingly and painstakingly provide the necessary tuition as to how the shot should be executed. Many have derived great benefit from those free clinics, while more of us should have listened more intently.
One of his favourite pastimes, when not actually playing the game, was to repetitively practise the short “chip-shot” near the 16th green until perfection was attained. In 1961 Maxi was Captain of Tipperary Golf Club and his friendly, humorous, welcoming personality endeared him to all. Having recently celebrated his one hundredth birthday it was with immense sadness that we learned that Patrick. J. McMahon, R.I.P had passed away on August 10, 2020. He touched so many lives in a positive way and his memory will forever remain in the hearts of those of us who had the privilege of knowing him at Tipperary Golf Club. Ní fheicfimid a leithéidí ann arís agus go ndéana Dia trócaire ar a anam.

Pierce Purcell Shield
Our Pierce Purcell team, despite a gallant effort, had to concede to the superiority displayed by opponents Cahir Park on Saturday last. This was a home and away event and for a time, luck appeared to be on our side when Michael O’Halloran and partner Joey O’Dwyer won their match in Tipperary and Francis Fitzgerald together with Kevin Heuston did likewise in Cahir. Our side, however, failed to achieve further victory and the final result was 3/2 in favour of the opposition. It was an excellent display by our panel and any element of regret or disappointment should not be entertained after such a great performance. We extend sincere congratulations to the victors, Cahir Park Golf Club and wish them every success in the future. Thanks again to our Purcell panel, Michael O’Halloran, Barry O’Halloran, Francis Fitzgerald, Kevin Heuston, Seamus Ryan, Ger Ryan, Pat Fanning, Eamon Mulcahy, Shane Moloney and to team Manager Eddie Fitzgerald.

Jimmy Bruen
This was a supreme victory for Tipperary Golf Club and team manager Joseph B. Ryan when his carefully chosen panel emerged victorious after their first-round contest with Mitchelstown on Sunday last. This was a home and away event comprising three double parings at home and two pairings taking up the challenge in Mitchelstown. It turned into a suspense-filled, nail-biting duel when James O’Brien and partner Donnacha Cleary won their match in Tipperary and were followed a short time later by another team win by Richie Ryan and Niall O’Shea. The pressure then shifted to the shoulders of the remaining team-players in Mitchelstown and fortunately our anxious wait was rewarded within a short time when Tony O’Sullivan and partner Patrick Kennedy (Snr.) won their match in spectacular style. The final result was 3/2 in favour of Tipperary and they now look forward to their next contest with Dundrum. Congratulations and every good wish in the future to our panel, Tony O’Sullivan, Patrick Kennedy (Snr.), Ger Ryan, Patrick Kennedy (Jnr.), Pat Merrigan, James Doocey, Richie Ryan, Niall O’Shea, James O’Brien, Donnacha Cleary and team manager, Joseph B. Ryan.

Lady Captain’s Prize
Our Lady Captain, Josephine Rea hosted her Prize Day on Sunday last. This was an exciting, glitzy, occasion which saw a capacity entry compete for the fabulous first prize on display. The event was blessed by an overcast sky and sunshine in equal measure, and the course was in superb condition. Anxious, excited anticipation prevailed throughout the day until Aoife Lowry was declared winner with an excellent score of 66 nett., playing off handicap 4. Congratulations to Aoife on her magnificent win and to Lady Captain Josephine.

Juniors
On Monday, August 17, 2020 Junior Captain, Patrick Kennedy (Jnr.) 14 years, (H/Cap 5) will host his Junior Captain’s Prize Competition. It is estimated that circa. 27 junior golfers will compete for this trophy. A matter worthy of note is that the Junior Captain himself, was a member of the successful Jimmy Bruen Panel on Sunday evening against Mitchelstown. Joining him on this winning Bruen Panel also was 13-year-old Donnacha Cleary (H/Cap 5). Donnacha competes in Cahir Park Golf Club on Thursday next August 20, 2020 in the boys under 14 all Ireland golf competition, and meantime he continues his winning ways as seen from the results hereunder.