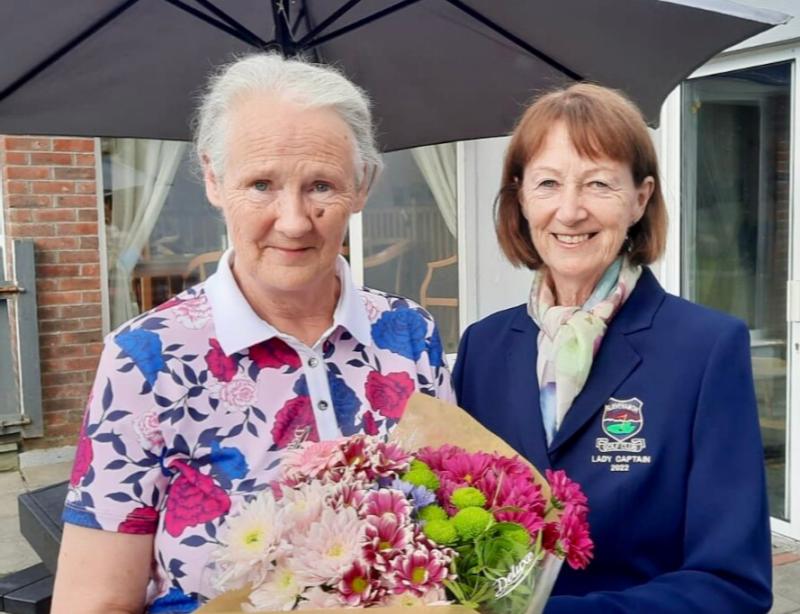 There were tears last week at Slievenamon Golf Club when Mary Butler, a well-loved member of the office, said goodbye. The occasion was marked with a presentation by Lady Captain, Mairead O'Donnell

We had a great week of golf, mixed with some tears as we said goodbye to a well loved member of the office, Mary Butler, and managed to navigate the highs and lows of the weather without losing any golfers.
Men’s Competitions Results
In the Men’s Open Singles Competition, the last three places for the Finals were taken by Ernie Makim, Thomas Condon and Michael Lawrence. It is heads down now and lots of practice in preparation for the Finals on Saturday, September 24.
In the Weekend Singles Competition, Terry O’Brien placed 1st on 47 points, Gross went to Anthony Hayes on 40 points, Barry Fitzgibbon took 2nd on 46 points and Sean Aylward took 3rd on 44 points.
The September Monthly Medal was won by Brendan Cockburn with a score of 61. Robbie Walsh took gross on 63, Ernie Makim placed 2nd on 62 and Michael A O’Meara rounded up the field in 3rd place on 63.
Men’s Seniors
The Men’s Seniors Competition was played on Wednesday, with everyone in great form on Wednesday and 13 teams playing.
The winners on 99 points were Trevor Gough, John Beckett and Con Lucey. Second place was taken by Eddie Daly, Pat Brett and Dan Sullivan while third place went to Pat McGarry, Michael Dunlea and Brendan Clancy.
LADIES NOTES
Ladies Competition Results
In the Ladies Sunday/Tuesday Competion, Fiona Lahart took 1st on 41 points, Mary Dempsey 2nd place on 41 points and Phil Whyte took home 3rd on 39 points. Meanwhile, Kathy Cleary got a huge cheer when she scored a hole in one on the first hole!
Breda O'Meara won the Sunday/Tuesday 9 hole Competition with 26 points while And Murphy won the 12 Hole Stableford Competition on 28 points.
The 12 Hole Scramble of September 1 was won by the team of Joan Morrissey, Laois Power, Kathleen Kelly and Breda O’Meara, while the 9 hole Stableford of 14/16 August was won by Marlene McEvoy. 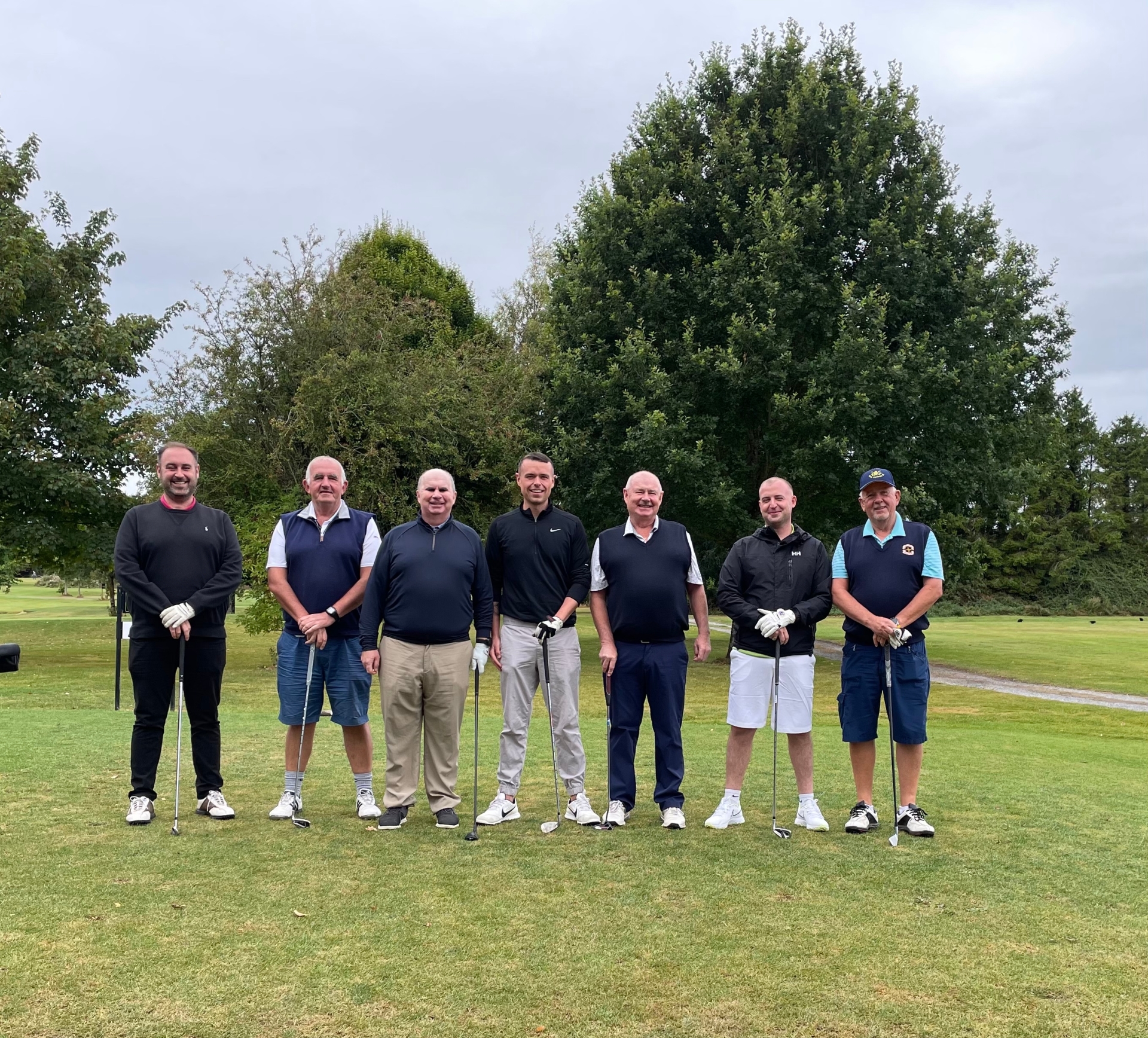 Mixed Competition
We are going to have to start drawing lots for Monday’s Mixed Scramble Competition, it has become so popular! Or at the very least, we will have to buy an extra abacus for John O’Sullivan, as the poor man is worn out with all the mathematical gymnastics he performs trying to sort out his teams!
This week saw a bumper number out on the course and the competition fiercer than ever. Emerging triumphant on the night were Mark Dillon, Pauline Lucey and Marian Power on 32.8, Herbie Buck, Billy Judge and Laois Power took 2nd on 44 while our own Paul Kenny, Patrick Moloney and Kathleen Shanley placed 3rd on 34.1
Dan's the Man as Heffernans invade Slievenamon
Saturday saw an invasion of the Heffernan Clan of Kildare for the annual Heffernan Golf Tournament. Travelling from Dublin, Kildare and, in one case, flying in from London, they journeyed through torrential rain and were amazed to see the clouds part and the sun blaze as they rounded the corner at Dooks in Fethard.

A mighty day of fun was had by all, with Danny Heffernan emerging as winner of the coveted Heffernan Trophy!