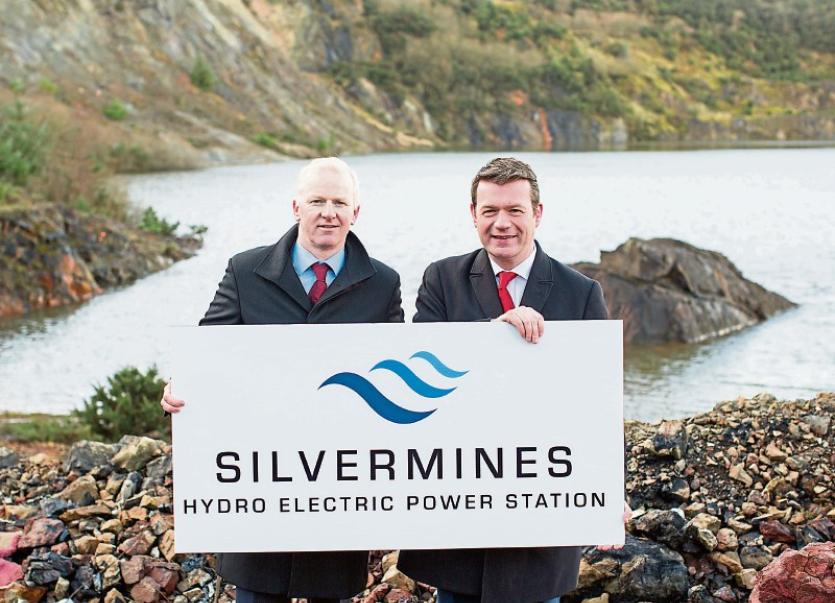 There was mixed news on the jobs front for Tipperary this week with a massive jobs plan for Nenagh being cancelled out by job losses in Borrisoleigh.

This Monday, Minister for the Environment Alan Kelly announced plans to build a hydro-electric power station on the disued Magcobar mining site at Silvermines.

The project, if it goes ahead, will see the creation of 400 construction jobs over four years, with further local spinoffs, and at least 50 full time jobs when complete.

The €650m project, the largest ever private equity invesment in the history of the State, is being backed by a joint venture between Austrian groups Strabag Group and Andritz Hydro; Limerick-based company Roadbridge and developer Siga Hydro.

The project will take at least 18 months to get through planning with An Bord Pleanala and it could be 2022 before electricty flows into the national grid.

“This is a huge undertaking,” said Minister Kelly at the launch in Nenagh. “It will have huge benefits at national level, for Silvermines and the wider North Tipperary area.” He estimated the total value to Ireland will be €2.5bn. The Silvermines site has long suffered through contamination and this was one of the main concerns of the locals, revealed Darren Quinn of Siga Hydro. “They have been dealt a bad hand for over 30 years,” he said, but he believed the project presented an opportunity to clean up the local environment.

This was backed by Minister Kelly, who said: “It will transform the mining legacy from an environmentally hazardous one to a positive one.” He said they had met locals and initially there had been good feedback. The company will continue to engage with them, he said. The project will see the company pump water from the existing reservoir at the bottom of Silvermines to a new one to be built on the side of the mountain, with underground cables connecting to the national grid. Water will be stored overnight using power from windfarms and turned into electricty during peak daytime hours.

Meanwhile, Borrisoleigh and the wider North Tipperary area are to lose some 120 jobs in a devastating blow to the local economy. Workers at the troubled C&C (Gleesons) water-bottling plant only heard of the news this week through the national media. A company spokesperson issued a statement to the Tipperary Star saying it intends to consolidate production from sites in Borrisoleigh and the UK into its manufacturing site in Clonmel. “Production and packaging will be transferred on a phased basis from the facilities in (the UK) and Borrisoleigh. C&C will invest in excess of €10m in enhancing packaging and logistics capability in Clonmel creating 80 additional roles. Borrisoleigh will remain as a key transport hub and both logistics and warehousing operations will be maintained in the town. Regrettably, net roles lost across the operational network is estimated at 180 of which 127 are in the UK and 54 in Ireland. This has been a difficult decision for the Group and it is sad that (this) is the only viable option to maintain long term competitiveness. C&C recognises the impact on employees and will work to provide support, training, and where possible, alternative employment.” It's understood about 20 roles will be retained in Borrisoleigh.

The Tipperary Star understands that the current Borrisoleigh staff will be given the option of applying for the Clonmel roles.