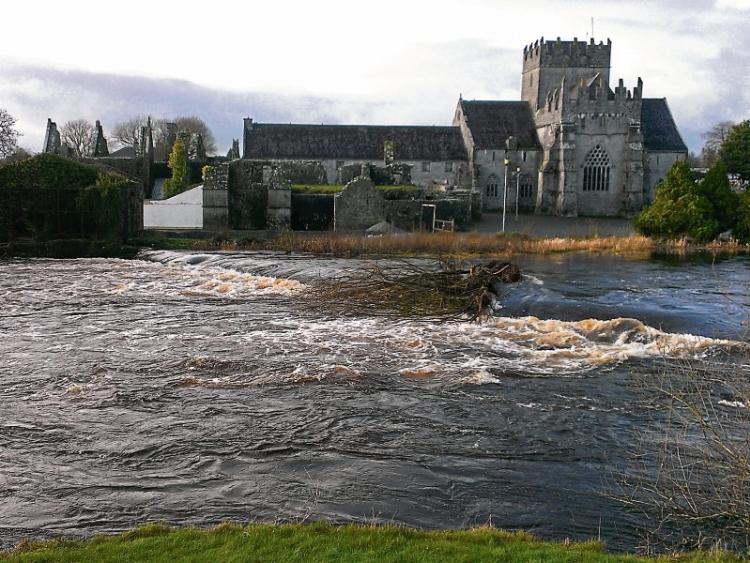 Storm Frank has caused widespread flood damage, travel disruption and misery across Tipperary this week, forcing some householders to evacuate their homes.

Homeowners in South Tipperary had to sandbag their homes as the River Suir's water levels reached record levels, and many businesses will be left counting the cost for years to come.

Carrick-on-Suir, Clonmel, Cahir, Ardfinnan and Kilsheelan were the hardest hit, with families forced to abandon homes, assisted by the Council and Army. The Suir came close to bursting its banks along the Quays in Clonmel and large parts of the centre of Carrick were left submerged under several feet of water. On Wednesday night, Gardaí and the Co. Council were advising people to totally avoid Carrick. The Council evacuated several homes along the Quays in the town and a community centre at Carrigbeg was set up for those evacuees in need of assistance. At least six families were evacuated from Markievicz Terrace. On Saturday, there was a total evacuation of the Kilganey area of Clonmel, commencing at 9pm due to the high risk of the River Suir bursting its banks overnight. Families were ferried to the Clonmel Park Hotel. Meanwhile, water levels at Lough Derg have also increased to 2009 levels prompting fears of more widespread flooding.

A Youtube clip posted online shows a man near Lorrha on the Tipperary Galway border wakeboarding on a flooded road. Up to 130 roads across North and South Tipperary were either made completely impassible, or only open to one lane of traffic. Clonmel's Knocklofty Bridge was put out of action. In Thurles the Suir threatened the Source Arts Centre, Pheasant Island, and flooded parts of the new Town Park downstream. Parts of Galbertstown, Holycross were submerged, and flooding temporarily closed the renowned Glasheen's Old Abbey Inn in the centre of the village. A horse had to be rescued from Lough Derg on New Year's Day and fields and roads around Templemore were inundated for days. Full coverage on pages 3 & 5.