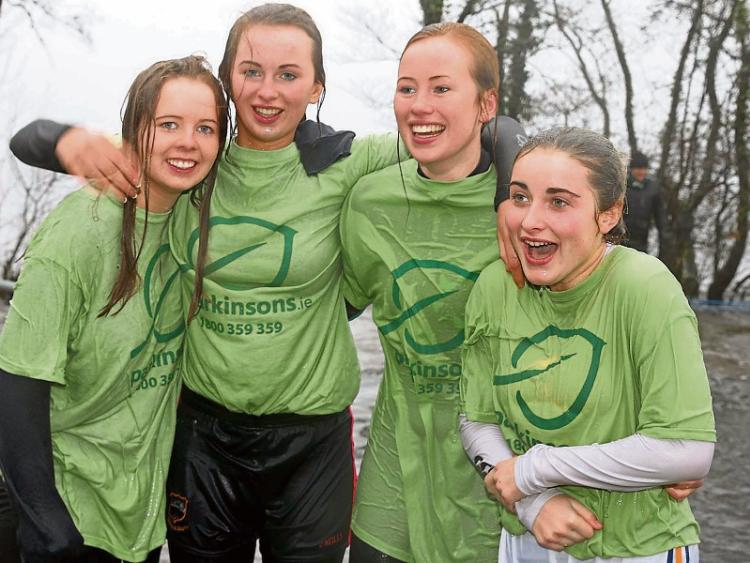 Over 100 people braved the atrocious weather on Christmas morning to take part in the annual swim at Youghal Quay, Nenagh.

With non-stop rain, organiser Tony O'Flaherty said: “We were thinking of postponing it until New Year's Day, but thank God everything went well.”

In fact, he revealed, water levels on Lough derg were higher the following day than they were on Christmas morning.

With a foot of the pier under water, a section of the quayside had to be roped of for fear of people diving on to the pier instead of into the lake.

Tony thanked the Civil Defence, ambulance, doctor and Gardai for all their help at the swim.

Up to 120 swimmers took the plunge for the 24th annual event, and Tony told the Tipperary Star that anybody who has collected money for the swim can lodge it directly to the committee's account in Permanent TSB, Nenagh.

The cheque presentations will be held in Barrys Pub, Newtown, from 9pm on Saturday, January 16, a night Tony described as “one of the best over Christmas”.