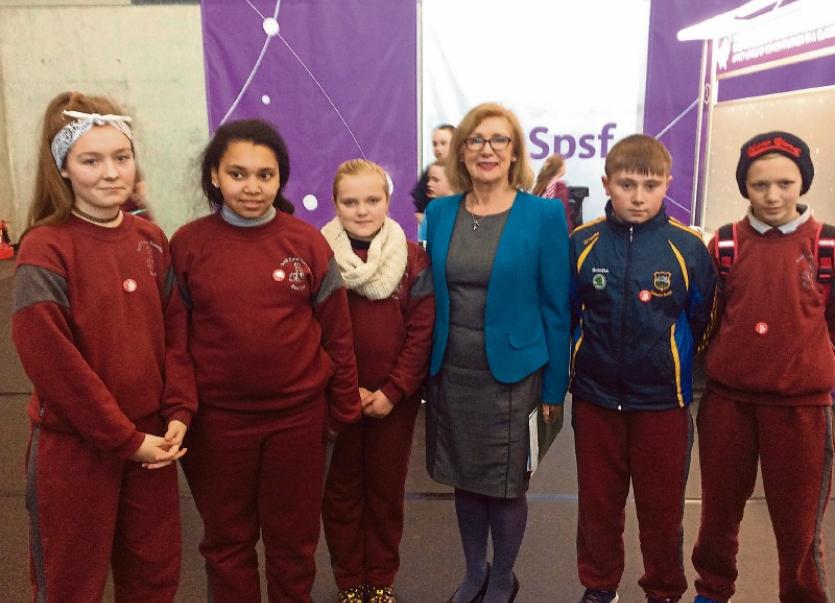 On Friday January 15th the pupils of Mr. Kelly’s 5th & 6th class travelled to Mary Immaculate College, Limerick to exhibit their science project entitled: “Will 4 weeks of sustained exercise increase lung capacity?” In the first term at school the children exercised every morning and carried out a range of lung capacity tests and experiments. They found that following the period of exercise that the vast majority showed increased fitness levels and increased lung capacity. Their findings were very well received and were highly commended by the judges at the exhibition. In a very interesting and educational day out they also got to attend a number of scientific displays and workshops.

Scoil Eoin Naofa are holding their Annual 25 Drive on Wednesday, March 16th in the school hall. There will be a prize fund of €1000 and raffle for non players with a range of great prizes.

Well done to Aaron Delahunty and Lee Doran who represented Scoil Eoin in the primary game played at half time in the recent Tipperary game celebrating the bicentenary of Thurles CBS.