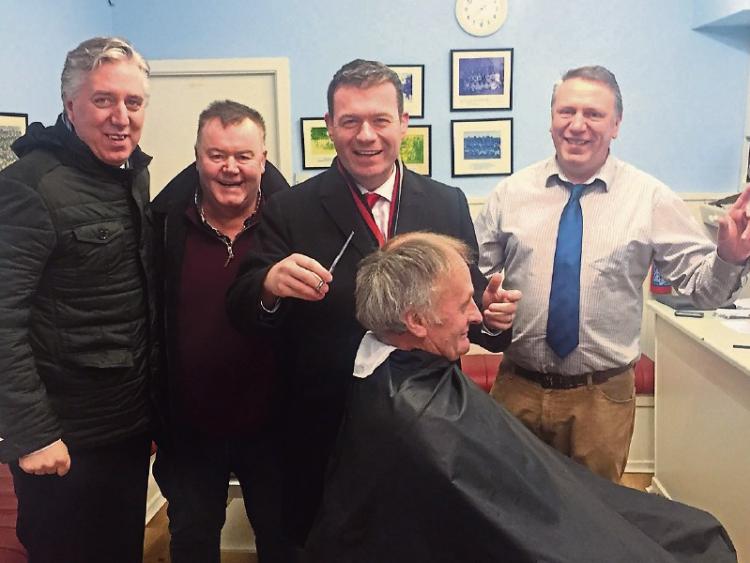 FAI boss John Delaney is at the centre of a political storm in his native Tipperary over his support for Government Minster and Labour Party TD Alan Kelly.

The soccer supremo has been on the campaign trail with Minister Kelly, a journey that took them to Tipperary town at the weekend.

Independent TD Mattie McGrath, who has also been carrying out an extensive canvass in Tipperary in advance of the election being called, hit out at Mr Delaney's involvement.

He said it was highly unusual and inappropriate for someone in Mr Delaney's position to be openly canvassing for one candidate.

Mr Delaney and his partner Emma English were among the high profile guests at Minister Kelly's 40th birthday celebrations last years and in recent weeks has been pictured with the Portroe man at election events.

At the weekend they were pictured together at St Michael's soccer club in Tipperary town and then visited a local barber in the town for another photo opportunity.

A spokesperson for Minister Kelly claimed that Deputy McGrath is just 'generally peeved' that Alan Kelly has a track record of assisting local clubs improve their facilities.

He continuned - “Instead of welcoming this, he has opted to play the man and not the ball and is trying to undermine the voluntary efforts of soccer clubs who work with both the council and the FAI for better football pitches, all because of juvenile politics coming up to the election."