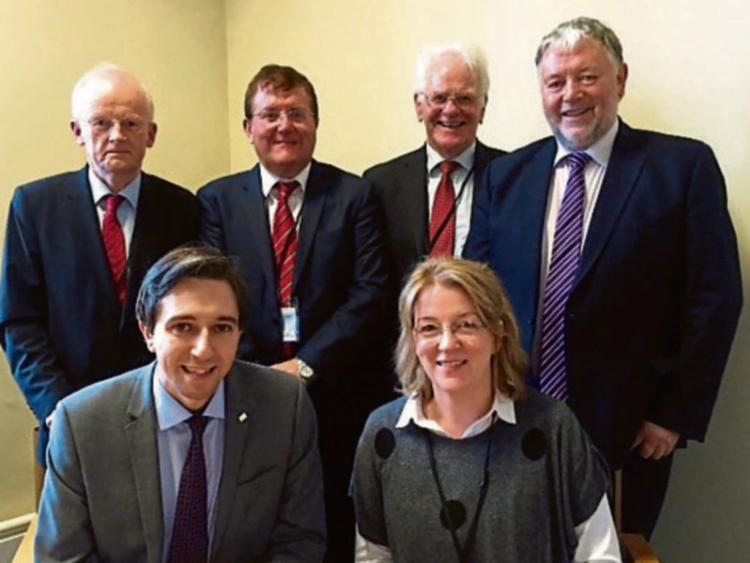 Tipperary TD Noel Coonan has welcomed confirmation from his colleague Minister Simon Harris that works will begin on site at Ballingarry Famine Warhouse 1848 in early 2016.

"This good news is the direct result of a meeting I arranged between a delegation from Famine Warhouse 1848 Committee and Minister Simon Harris in Leinster House recently. At this meeting the Minister pledged monies towards the ambitions of the group who purpose is to restore and promote the Famine Warhouse in Ballingarry. The delegation were seeking funding to further develop the site, for example restoring a building in the courtyard at the back of the historic house to a multi-functional Education Room

"Now Minister Harris has announced arrangements are currently being made for the necessary architectural and other design work to be done by the Office of public Works. It is expected that works will begin on site early in the new year.

"This development has been warmly greeted by all those associated with the project who have dedicated a lot of time and effort towards promoting the rich cultural history in the area. This voluntary group have put immense efforts into the existing Famine Warhouse which is open to the public and we are working together to push for further enhancements at the site. I am pleased Minister Harris is so positive about the project and commended the delegation on the excellent work they carry out in conjunction with the OPW at Ballingarry.

"I was happy to have secured funding for other important projects in the Slieveardagh Area including vital funding approval from the Department of Education to equip the Science and Home Economics classrooms at Scoil Mhuire Presentation School as well as securing a grant of €30,000 from the Department of Sport for the local GAA club to provide added facilities at their grounds in Ballingarry.

Deputy Coonan continued: "The Famine Warhouse in Ballingarry is an OPW national heritage site and a significant tourist and educational attraction. This new development will be a major tourism boost for the mid-Tipperary area and is good news for Ballingarry and The Commons and the whole Slieveardagh area. The Warhouse will hopefully be an essential tourist stop for visitors on the route between the Rock of Cashel and Kilkenny Castle and an interesting to bus tour groups and to schools," concluded Deputy Coonan.