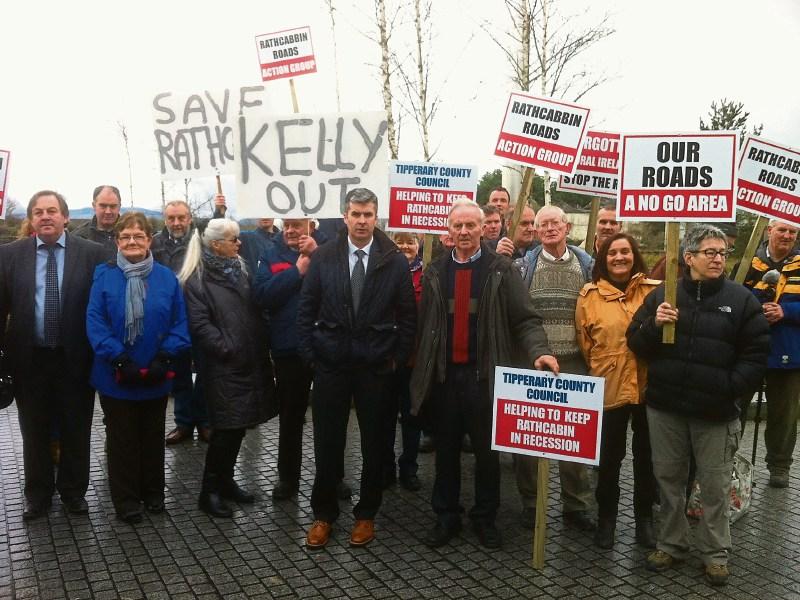 Nenagh councillors faced a protest outside the Civic Offices over the state of the roads in the municipal district council's area.

Around 20 people gathered before the council's January meeting last week to highlight their frustation at the Nenagh to Portumna road being closed for almost six weeks due to flooding at Carrigahorig, as well as the state of minor roads in the area.

The road only reopened last week. However, it is due to be closed again in February as Galway County Council does some work on Portumna bridge.

The protestors were led by local councillors Michael O'Meara and Joe Hannigan.

Cllr O'Meara later told the MDC that the council should have extra funding for storm damaged roads at the top of its agenda.