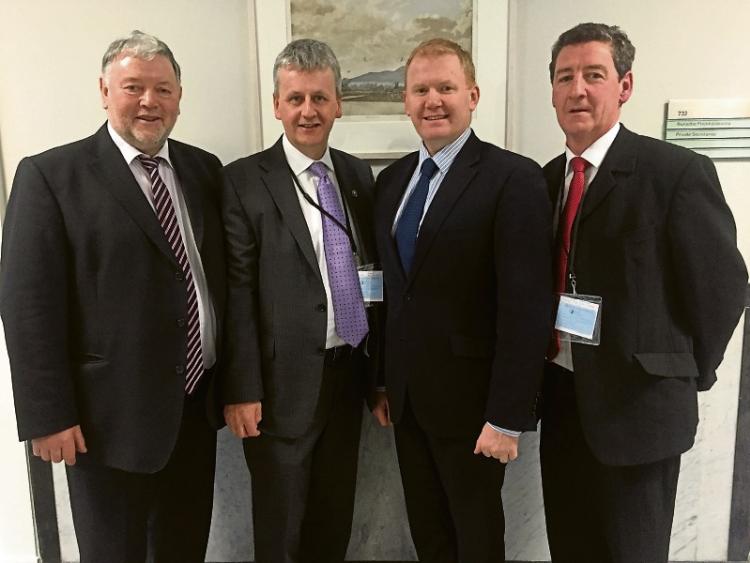 Tipperary TD Noel Coonan has welcomed the announcement of €3.9million for Tipperary Housing Units from his Fine Gael colleague and Minister with Responsibility for Housing Paudie Coffey.

Only recently, Deputy Coonan and representatives of Thurles Lions Trust Housing Association met with Minister Coffey in Dublin to help progress their project. Now €700,000 has been announced for the group for six units.

"I want to compliment all voluntary housing groups for taking the initiative to promote and support the provision of housing units in our towns, and for their voluntary efforts. The value of this service is priceless to the local community.

"I also want to compliment Minister Coffey who was very responsive to Thurles Lions Trust Housing Association's submission for units and for his efforts in meeting us last week.

"€1.1million has been allocated to Tipperary County Council for six units in Templetuohy and €2.1million for 12 units in Borrisoleigh and the efforts of the Council has also been very important in providing social housing units. In total, funding has been allocated for 24 units in this round of funding from Minister Coffey.

"More announcements are to follow and I am encouraging people in housing to put in their applications," concluded Deputy Coonan.