Student reflects the community welfare ideals of the organistion 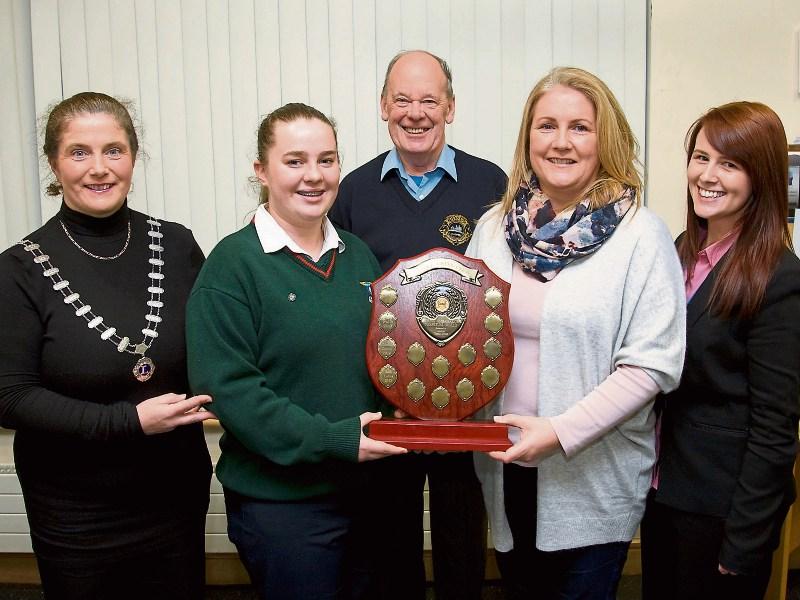 The aim of the scheme, which operates in Lions Clubs throughout Europe, is to recognise, encourage and support young people who are actively involved in the welfare of the community, supporting the best of Lions’ ideals.

Aoife, who is from New Inn, ticks all the boxes when it comes to community involvement.

Since she was nine years old she has been involved with the scouting movement and has enjoyed her experiences so much that she has committed to Scouting Ireland, making what she said is “the easiest choice of her life” recently by commencing training to become a qualified youth leader with the organisation.

Aoife won a Gaisce Award two years ago and at that time a big part of the module was in participating with the scout cubs unit for 36 weeks as part of her preparation.

Aoife is also involved with the local ladies soccer team both as a player and as trainer of the Under 16 and Under 14 teams. She plays darts (once an unusual game for a young lady) and is a skilled participant, competing at local, regional and European level.

After sitting her Leaving Certificate Examinations next June, Aoife hopes to pursue a career in either psychiatric nursing or social care.