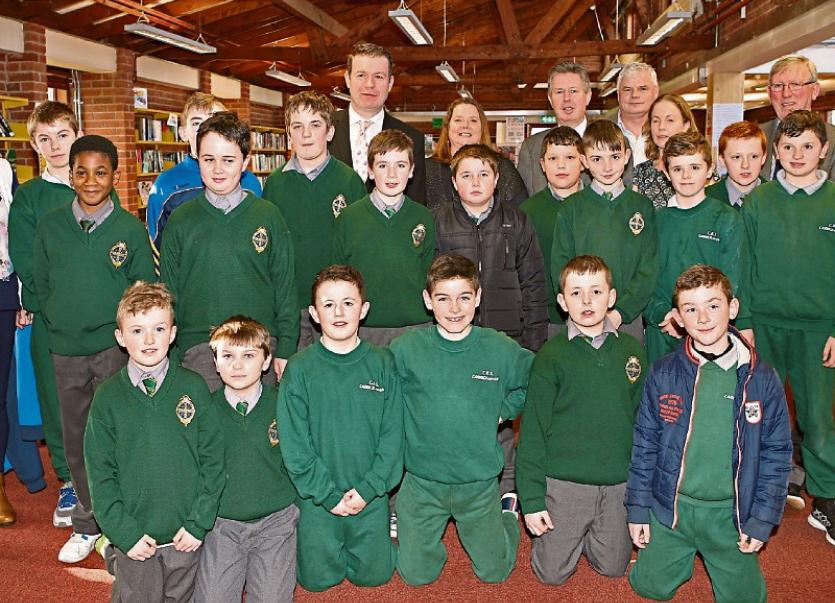 Minister Kelly announced the funding allocation for Carrick Library's refurbishment following a visit to the Library last Friday where he met local primary school children and other library users and viewed the damage to the 38 year-old building's roof.

He also announced the investment of a further €100,000 for the purchase of a new mobile library for schools for Co. Tipperary.

The Minister said he was delighted to be in a position to announce the funding allocation for the refurbishment of Carrick-on-Suir library, which provides an essential service to the town and its surrounding environs.

"This funding, together with the matching funding that will be provided by Tipperary County Council, will go a long way to sustaining the library service in the town.

"The continuing viability of the library is crucial, delivering as it does a broad range of supports that contribute strongly to social, cultural and economic development of the area,” he said.

The Minister added that he was happy to be working with the local authority to restore the library to a condition befitting its use and importance.

The Co. Council applied to the Department of Environment last September for emergency capital funding for the Library's roof.

Mr Codd said they were concerned that damage to the roof caused by further severe storms or snow this winter would necessitate them to close the library.

Carrick-on-Suir Senator Denis Landy, who accompanied Minister Kelly on his visit to Carrick Library, had highlighted the pressing need to repair the leaking roof in the Seanad and called on the Department of Environment to allocate the necessary funding to rectify the problem as soon as possible.

The Labour Senator told the seanad the library roof had been leaking for months but the heavy rain over the Christmas period worsened the situation causing water to leak down onto the internal floors.