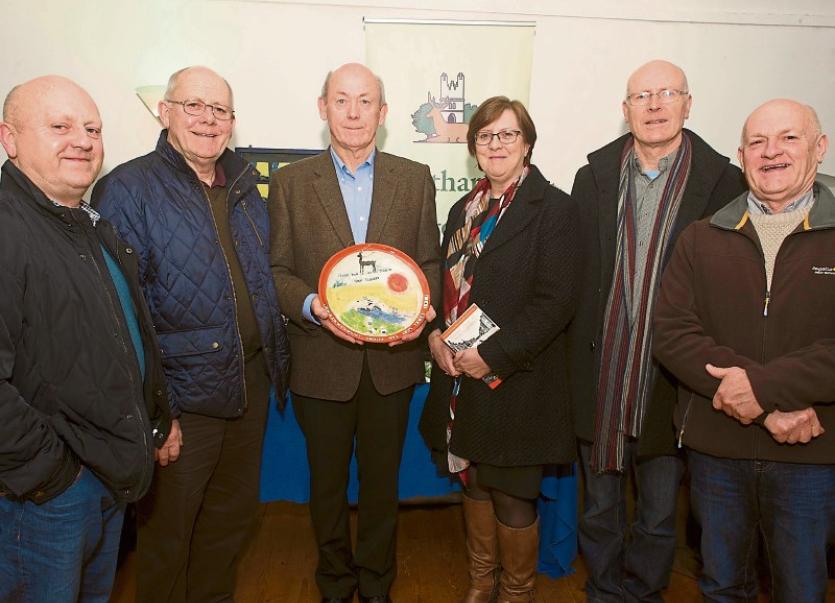 The organisers of the upcoming Tipperariana Book Fair (February 14) selected ‘Scenes from an Indian Summer’ by John Fogarty as this year’s winner. John hails from Fethard and his fictionalised memoir tells the story of summer 1963 from the perspective of a twelve-year old boy.

Fethard Historical Society hosted the presentation, which was attended by a large group of John’s family and friends as well as society members.

Mary Hanrahan, P.R.O. spoke about the selection process, pointing out that ‘Scenes from an Indian Summer’ was chosen as this year’s winner because it embodies all the qualities necessary: it is beautifully written, professionally produced and, above all, it is intrinsically of and about Tipperary. The fact that John is a Fethard man must be seen as an added bonus!

‘Scenes from an Indian Summer’ is a narrative laced with humour, sadness and a searing honesty. The author does not shy away from the more disquieting aspects of life as it unfolds. While the book will strike a chord with readers of a certain vintage it also has a much wider scope. It deals with adolescence, loss, eviction and emigration, all themes that have a universal resonance and are particularly relevant to Ireland 2016. The author wisely refrains from either commenting on, or moralising about, what happens. He tells his story with great skill and leaves the reader to draw his/her own conclusions. ‘Scenes from an Indian Summer’ is both an entertaining read and a very important record of social history.

John will attend the Tipperariana Book Fair on Sunday, February 14, and will have copies of his book for sale. So come along, meet the author, buy a book and get it signed.