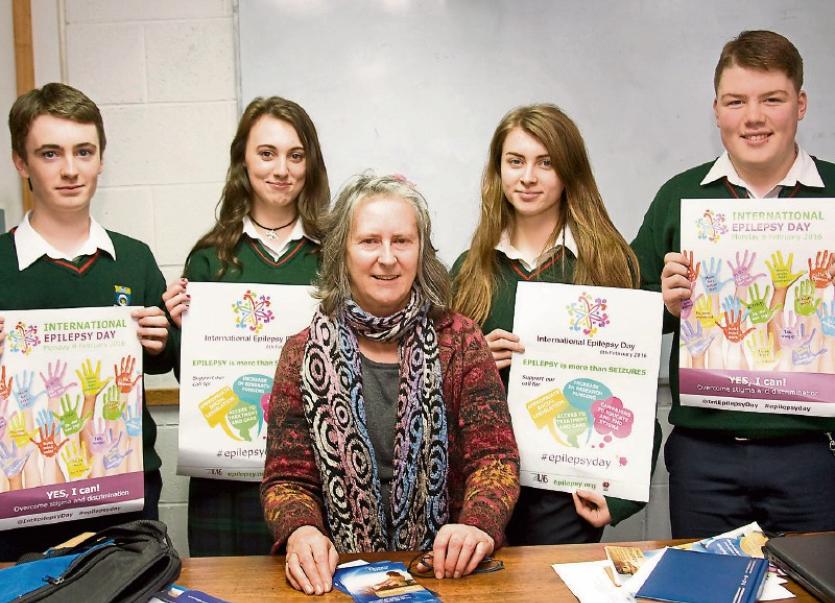 Students in Transition Year as part of the Young Social Innovators Programme are taking part in an Epilepsy Awareness project. The aim is to make students more aware of Epilepsy and to educate them on the signs of a seizure and how to react.

To mark International Epilepsy Day Joan Ryan the South East Community Resource Officer from Epilepsy Ireland visited CCS and gave a very detailed workshop on epilepsy. The students have created an Epilepsy Awareness noticeboard in school, and discovered in their research that sometimes people with epilepsy still have to face stigma .

The students compiled a survey on epilepsy awareness to see how many students know anything about the condition. Awareness Day marked in the school on February 9. International Epilepsy Day hopes to create more awareness on what Epilepsy is and to dispel myths students may have.

The U15 hurlers traveled to Tipperary Town last week to take on Abbey CBS in a challenge match. The team has been training throughout the winter but mostly indoors so this was their first test on a full size grass pitch. Cashel were missing a few through injury and exams but were still determined to put up a good show against a strong Abbey team. Cashel faced into a gale force wind and this had a huge effect on the outcome as they struggled to beat the elements. The Abbey got some fine scores in this period and although Cashel replied with good scores from Aaron and Stephen Browne they were always playing second fiddle. In the second half Cashel emerged determined and the move to full forward of Stephen Browne began to pay dividends. In the finish the Abbey ran out comfortable winners but it was a useful exercise for the team as they prepare for Munster competition.