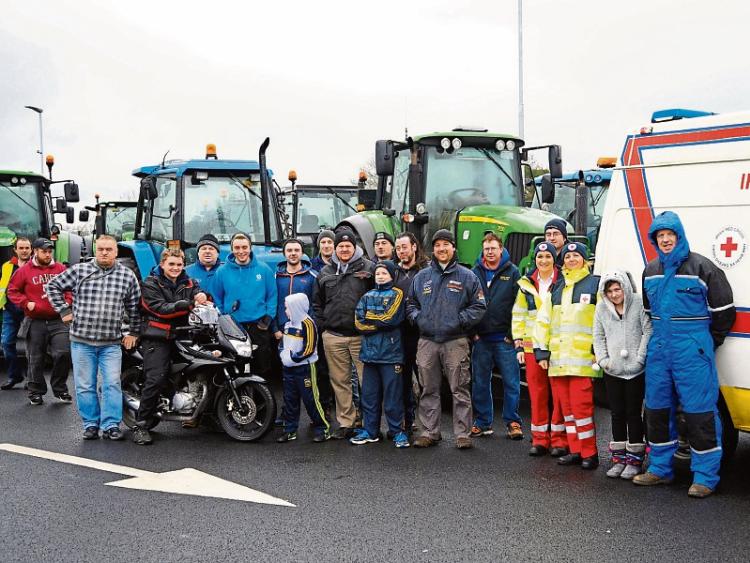 In response to the storms and flooding in Ireland in December a series of events were arranged by the Classic and Vintage Vehicle community in Ireland to raise funds to help the victims of floods.

The Tipperary Vintage Rally team organised a fundraising tractor run from the Supermacs Plaza in January that raised €1,830 in Tipperary Town.

“The storms and floods of last December has led to a great deal of hardship and heartache for many as the floods washed through their houses destroying belongings, furniture and fittings as well as leaving a foul mess behind to be cleaned up before normal life can be resumed,” said Justin Roberts PRO Tipperary Vintage Rally. “The Irish Red Cross have been at the forefront of attempts to bring comfort and aid to those affected and are now that the waters have receded they have found their servicers required all the more as the true extent of the damage becomes apparent.”

The first four Tractor fund-raising events were held over the weekend of 16th and 17th of January raising €,8000.

In Donegal the Mid West Vintage Club raised just under €3,000, a coffee morning in Thurles brought in over €300 while the two tractor runs in Co. Tipperary brought in €1,830 from Tipperary Town and €3,100 from Littleton.

Altogether a tremendous amount of work by many people went into arranging these events and Michael Fahey who was b5ehind much of the organisation would like to sincerely thank all those who came forward to make the events so far such a success. He would like to point out that the work continues and there is still plenty of opportunity for people to donate to the Irish Red Cross Storm and Flood appeal with any money raised going directly to help those in need.

a tractor run at Belmont, Co. Offaly orgainsed by the Rashina Vintage Club & Liosdearg Vintage Clubs who can be contacted on 087 2705074.

For further details of planned events please go to www.tractorauction.eu or Tractor Action Weekend on FB.