Loughmore Cottage is a 'Get Involved' finalist 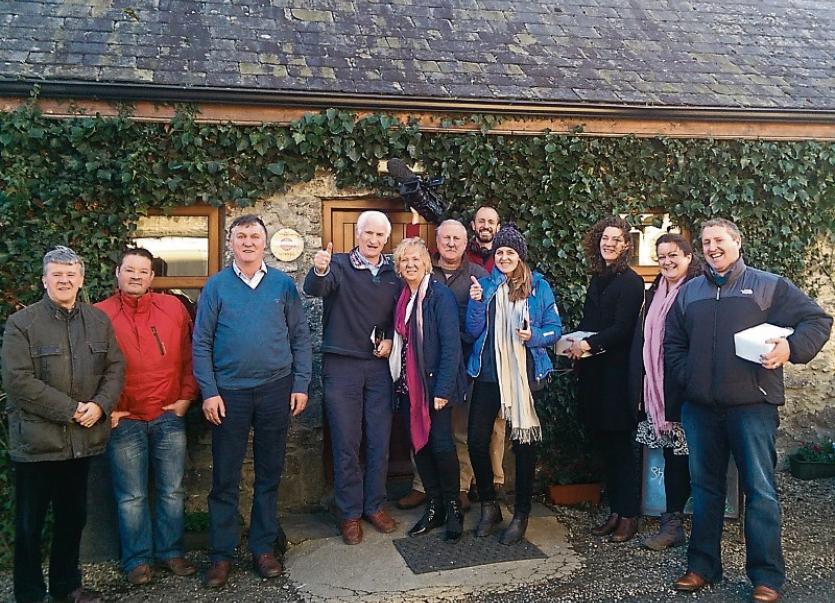 There was plenty of excitement at Loughmore Cottage and Tearoom last week following the announcement the cottage has been shortlisted as one of seven finalists in the nationwide “Get Involved” competition which aims to reward local communities for playing an active role in shaping their own future.

And it was high praise all round for the Loughmore team following a visit by RTE Eco Eye presenter and competition judge Duncan Stewart who called into the coffee shop and grocery last week to catch a glimpse of the cottage in action. The well known TV presenter called the project “inspirational” before adding that it was an initiative that could be replicated across the country in every town and village.

“Everything works to the benefit of something else and comes full circle. It's one of the top examples of community involvement in the country,” he said.

Loughmore Cottage beat out stiff competition from a total of 35 other projects across the country to make the shortlist with the winner being announced at the awards ceremony this February. Mr Stewart also heaped praise on the Cottage Garden and the work of the local Youth Club who under the supervision of club leaders, Josephine and Fiona Walsh, created a herb garden and sewed bedding plants in window boxes. Cottage Manager Mary Fogarty said she was extremely proud of the club's involvement with The Cottage and is looking forward to working closely with them again this year when they hope to create a sensory garden on the cottage grounds. Next on the quick stop tour of Loughmore was the local primary school where pupils got the chance to meet the RTE presenter and show him the school vegetable garden. A new initiative will see the local children sell their produce to the Cottage restaurant in turn learning how to make the famous Cottage soup loved by all visitors to the tearoom.

“We are absolutely thrilled to be one of the finalists and honoured to have made it this far,” said Mary.