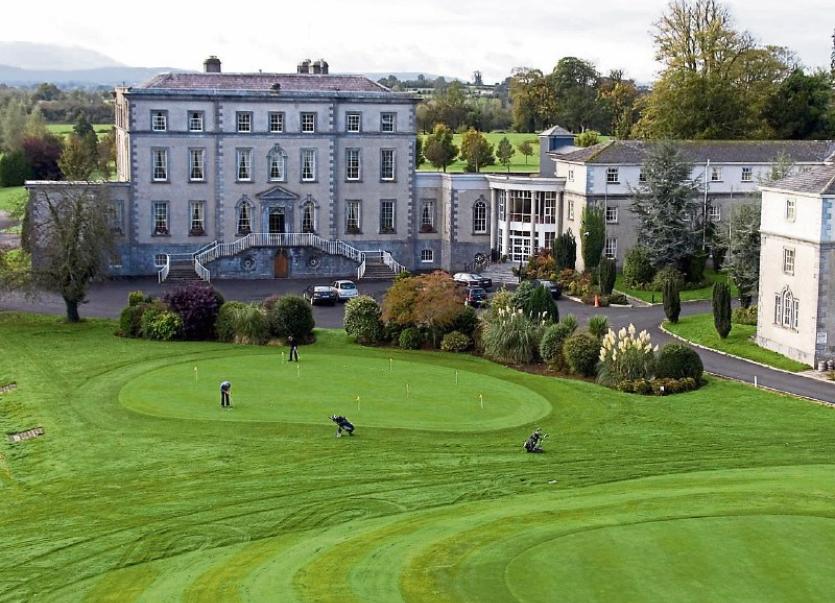 Fears are growing for the future of one of Tipperary’s top hotels with the news this week that a receiver has been appointed to Dundrum House Hotel.

Some 110 employees on the payroll at the hotel have been given notice that the hotel may close within a month unless a new buyer is found.

KPMG Accountants have been appointed as receivers to manage the hotel’s assets. General Manager Noel Mulhair told the Tipperary Star that the receiver is about to engage in 30 days of negotiation with regards to the hotel’s future. “Nobody has been issued with redundancy notices.”

Hotel management did not wish to comment on whether the hotel could be sold as a going concern.

Business in the hotel was seriously disrupted in September last year after a major fire ripped through the kitchen. Significant damage was caused to the ballroom and other areas looking out on to the Golf Course.

“The hotel part of the business has not traded since that date,” added Mr Mulhair. “It's just been the self-catering accommodation, the Golf Club, and the Leisure Centre.”

Having been acquired by Austin and Mary Crowe in 1978 with extensive renovation and restoration, Dundrum House was opened as a hotel in 1981. The landmark hotel has a renowned 18-hole Golf Course and is a mainstay of the local economy.

Cllr Michael Fitzgerald wished the hotel staff and management the best of wishes for the future.

“It would be a tremendous loss for the area. That was always a valuable employer in the Cashel, Dundrum and Tipperary areas. People come from all over the world to play golf in Dundrum House, and it has been regarded as one of the prime locations in Europe. Great credit is due to the Crowe family for starting the whole concept of golf there. Whatever the future holds, we hope there will be a future for Dundrum House.”

Some locals took to social media to express their best wishes. A group called Glimpses of Donohill posted on Facebook: “Hard to believe it's come to this. Staff have received their 30 days notice before the doors are closed. It will be hard to pass and see the grass overgrown on the Golf Course. Thanks for the memories!”.