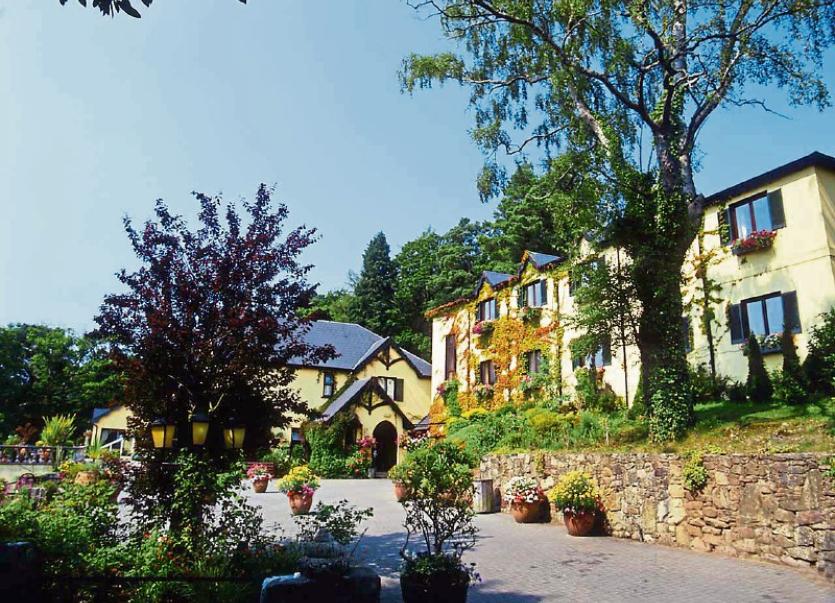 The closure of Aherlow House Hotel with the loss of 25 jobs is another hammer blow for tourism in west Tipperary.

Some 40 couples have been left heartbroken that their big day has now been thrown into chaos by the closure.

One Cashel couple told national media this week that this is the second time disaster has struck. Chris Stapleton and Alan Horgan had planned a Wedding in nearby Dundrum House until a fire in the kitchen area scuppered those plans in September. Now they've been hit again.

“We feel so powerless. I don’t know what is going to happen next.” None of the 40 couples believe they will get their deposits back.

A statement from owners Auburn Hotels (Aherlow) Limited announced “with great regret” that it has been obliged to cease trading from February 9th. “It has surrendered possession of the hotel premises to the Receiver of Aherlow House Hotel Ltd, Mr Costelloe of Messrs Grant Thornton, Limerick office. Auburn Hotels had been in negotiations with the receiver of the hotel over an extended period in regard to the future of the property in the expectation that it would remain operating the premises. It was envisaged that bookings would be taken for functions for dates in to the future and bookings were received. It recently became clear that the receiver intended to place the hotel for sale on the open market. Negotiations between the receiver and Auburn Hotels were unsuccessful from its point of view. On it becoming clear that the lease would not be renewed or extended the company was obliged to cease trading with immediate effect. The company wishes to thank all of those who have supported it in Aherlow House Hotel. It also wishes to thank its very fine staff. Unfortunately the company has been obliged to terminate the employment of the staff at the hotel. Auburn Hotels will not itself now be in a position to carry through bookings received. It has been requested by the receiver to furnish full particulars of all bookings for weddings and functions. He also requested full particulars of all staff who worked at the premises. Those particulars have been furnished to the receiver. It is believed that particulars of all bookings for weddings and functions will be made available by the receiver to interested parties. It is also believed that the new owner or operator may wish to take over the bookings. It is hoped that staff will also be included in the plans of the new owner or operator. The hotel is now in the hands of the receiver. Auburn Hotels has succeeded in relocating the booking for a couple’s wedding for next week to Kilcoran Lodge Hotel. That hotel has kindly honoured the booking including the deposit. A similar arrangement has been agreed with Clonmel Park Hotel. Auburn Hotels (Aherlow) Limited deeply regrets any inconvenience and upset caused to patrons.”

Dáil candidate and FF Cllr Jackie Cahill has slammed the Government for their neglect of Tipperary after yet another hotel closure.

“The county is falling apart and as it current stands the people of Tipperary have no one to look to for help. The Glen of Aherlow is a tourist hotspot but how long will that last now that the hotel has closed. And we cannot forget about the 24 people that have lost their jobs and their families, their world has turned upside down. This is not the first devastating blow for the county, nor will it be the last. It seems that every few days another Tipperary business is closing its doors,” said Cllr Cahill.