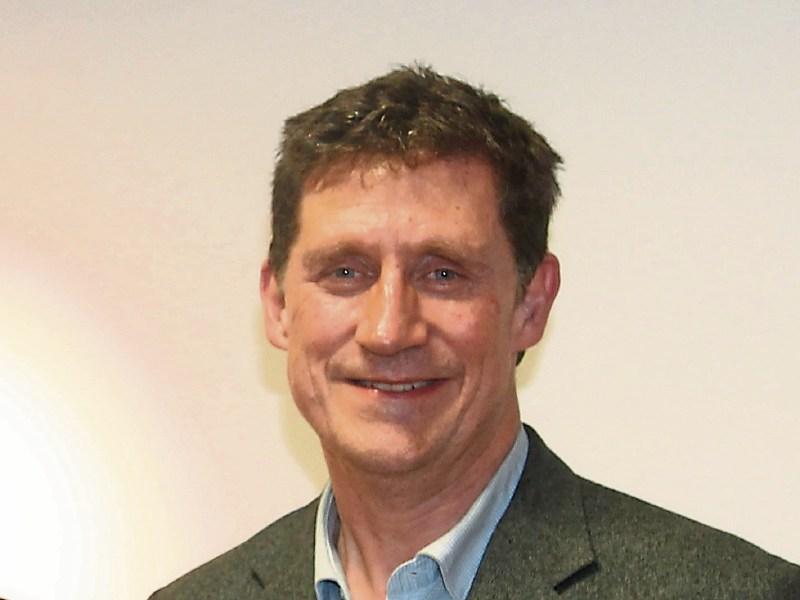 Green Party leader Eamon Ryan didn't get the invite he wanted to the Leaders Debate on RTE on Monday night.

He wasn't on the TV3 version last Thursday night either - instead he was in Tipperary town to launch the campaign of his party's Tipperary candidate, Gearoid Fitzgibbon.

And he would have welcomed the opportunity to get his message across the national airwaves to the voters - because he knows it's something the party has not been very successful at it.

Selling the green message to the people is proving a struggle but he and his team won't give up.

He preaches the 'green economy' but with no TDs in the outgoing Dail, is anyone listening.

“Selling our message to voters is important and we haven't been good at it. We have patently not got it right”, he said in an interview with The Nationalist at the launch in the Excel Theatre.

But he won't give up, won't renege on the mission.

He says - “We are on a learning exercise, we need to share our message. All the political parties say they are all in favour of the environment but are we actually doing what we need to do.

“Are we making the significant changes we need? No, we are not. We are doing a lot of good things, it is not all bad but if it's so self obvious and patently good it would be happening, but it's not. Part of my job and the party's job is to be that voice and the main thing we need to change is to really convince people what I believe to be true - is that it's a better economy, it's a better system”.

The former government minister, whose party paid a heavy price in the last election for its coalition with Fianna Fail, has strong Tipperary roots - his family originates from the Glen of Aherlow and Dean Innocent Ryan of Cashel was his great grand-uncle.

He believes Tipperary is a county that can spread the green message.

“Tipperary is as good an example as any of how that new economy might evolve. I was down here a few years ago with Con Traas and we met some of the Tipperary Food Producers and again it's happening here, there's that bottom up, new economy, where people are doing things for themselves, making really high quality food, getting a better price for it, and in a community and co-operative way.

“Tipperary is also into renewable energy and with efficiency and capability you start to get the bones of a strong rural economy.

“Going back to my time as a former energy minister, I had dealings with the Tipperary Energy Institute. They are very capable and probably the best in the country I have met”.

He describes Tipperary as one of those counties just at the cusp of a new way of thinking.

“We are laying ground for the future as much as contesting this election”, he states.

“ The election is about the economy, it always is, and as well as who wins and gets the seats, it should be a debate about where we are going from here and I don't think just abiding by the status quo will give stability”.

The former minister says one of the party's main tasks is to really present an alternative vision and show there's another way to do things.

He said the recent climate change conference in Paris showed that countries are prepared to change and governments are ready to make it work.

If we were to sit back and ignore that, and not be part of it, we would very soon find ourselves falling back. So what we are doing is obviously to get elected and raise our base and profile but we are also representing that different economy and making the case that that's where Tipperary should go”.

Mr Ryan says his Tipperary candidate Gearoid Fitzgibbon is “doing in real life what we are all about, promoting community energy, very involved in community development and that bottom-up new economy where we think we need to go, where the economy needs to go. He is a nice guy, someone you can trust and he may surprise a few people”.

Nationally he is hoping for three to four seats.

“I hope we will have role to play. We are on two to three per cent in the opinion polls like a number of parties. In the past when we got to four per cent we won six seats. If I got three or four seats I would be thrilled because then you have a team and politics is a team game”.

Gearoid Fitzgibbon, who hopes to be on that team in the Dail, has hit out at the system where TDs are elected on the basis of political favours - and claims that Tipperary has perfected the system.

“Regretably this system has been perfected in Tipperary by the TDs.They might do very good work for their constituents but it's all on that basis. This is losing sight of where we should be going as a county or a country.

“One candidate claimed to have come up with the idea of being the first TD to have a constituency office. Let's close them down and take the €40,000 to €50,000 and give it to the Citizens Information Service where elderly people volunteer their time to give people information.

“They can get independent information free of any need for favours or votes.

Eamon Ryan has a similar view at national level.

“It's a strange election and still all to play for, there's a lot of uncertainty and anger still out there. There's also a distrust of politicis which I think is disappointing because my experience in politics is that while there are bad people, mostly there are a lot of good people. So we have lost a certain amount of public confidence in our political system and we have to try and win that back. It's an election where unfortunately I think we are back to the same old promises, of cutting every tax and raising every spending line so I think that has almost added to the slight sense of distrust”.