Heartbreak for Commercials as their historic campaign ends in cruel defeat 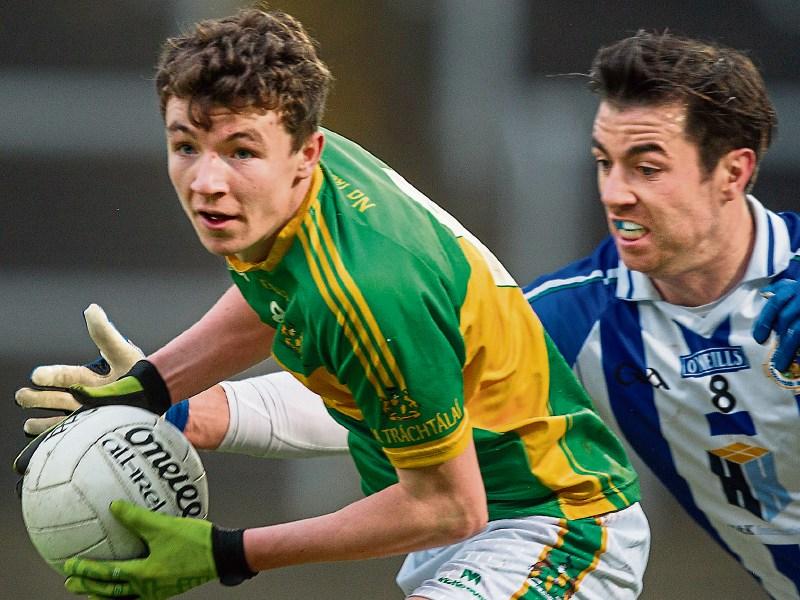 They had one foot in the final and were about to plant a second one there when the fat lady intervened.

The Clonmel team were mere seconds away from booking their place in the decider, only to be denied by a late additional time equaliser from Ballyboden St. Enda's captain Darragh Nelson that pushed this pulsating affair into extra time.

Having seen a lead that stood at three, and then two points, wiped out in the closing stages, the momentum that Commercials had built up evaporated. Shoulders slumped, brows furrowed and the impetus went among those in the green and gold shirts as extra time arrived. Punch drunk, mentally and physically drained, they failed to score in the 20 minutes of extra time, as the Dublin team seized complete control to set up a final meeting with Castlebar Mitchels.

It had all been so different as the game entered the final quarter of normal time. When Ian Barnes supplied the pass for a Jason Lonergan point 12 minutes from the end, Commercials were ahead by 0-9 to 0-6 and daring to dream. Then with eight minutes of normal time remaining Lonergan, one of their blue-chip stars, was felled by a dangerously high, clothesline-style tackle by Declan O'Mahoney. The red card brandished by Derry referee Barry Cassidy was the only possible outcome that could have been expected for the Ballyboden midfielder.

Yet despite the sending off the game turned in the opposite direction to what had been expected, as the Leinster champions rallied. Andrew Kerin had a point but they blew a gilt-edged chance for another point when Conal Keaney tried to catch the Commercials defence off-guard, going for goal from a close-range free when a point would have been the sensible option, and the danger was averted.

However the respite for the Clonmel side was only temporary. In those agonising closing stages of normal time Colm Basquel reduced the deficit to the minimum entering the first of three minutes of additional time. As a wonderful contest continued to ebb and flow Commercials appeared to have done enough to hang on when Jason Lonergan scored to restore their two-point lead with just 90 seconds left on the clock.

But there was to be a sting in the tail. After Commercials lost corner back Fergal Condon, one of their unsung heroes, to a black card Andrew Kerin converted a free to close the gap once again. In that stirring comeback Ballyboden made the most of their physical advantage and there were ten seconds left when Darragh Nelson scored to give them a reprieve they scarcely deserved.

It all went horribly wrong for Commercials in extra time, when they completely lost their mojo. To begin with they fell victim to that ridiculous rule that enabled the Dublin side - despite having a man sent off - to resume with 15 players. Within 30 seconds of the re-start they lost Michael Quinlivan - a great focal point in attack all evening - to a black card for a foul on Aran Waters. Shortly afterwards another of their main men, Kevin Fahey, who embodies this team's will-to-win with his stout defending and powerful surges, was forced off injured, and his team were on the ropes.Then the outstanding Seamus Kennedy - who once again shuttled selflessly and productively between defence, midfield and attack, and who has been the team's most consistent performer all season - briefly succumbed to cramp, as the strain began to tell.

By contrast Ballyboden St. Enda's had an extra pep in their step and two frees from Andrew Kerin gave them a 0-12 to 0-10 lead at half time in extra time.

By now Commercials were a spent force and the game petered out to a sadly inevitable conclusion. Further points from Ryan Basquel and two from Conal Keaney (the second from a free) gave Ballyboden St. Enda's the opportunity to celebrate an act of escapology of which David Blaine or Harry Houdini would have been proud. Two of the game's best players, Commercials captain Kevin Harney and Ballyboden St. Enda's Michael Darragh Macauley received black cards in the closing moments. But those were mere footnotes at that stage, as the outcome had long since been decided.

A place in the final was so close that Commercials could almost touch it, and that's what made this defeat so galling. Had they been behind by four or five points throughout the game the pain and overall sense of disappointment wouldn't have been so acute. They had a handful of what-if moments - the many steps that Darragh Nelson took with the ball before his late equaliser, and their claim that Ballyboden goalie Paul Durcan had carried the ball over his goal line were foremost among them.

Yet a great sense of spirit and togetherness both on an off the field, not to mention their ability, has served the Clonmel team well in this history-making campaign that saw them win a 16th county crown and a first Munster senior title for any Tipperary club, as well as an All-Ireland quarter-final. This season has eclipsed anything ever achieved by the club in its illustrious 82-year history and for that they can be proud.

This was their first defeat since the South Final against Kilsheelan/Kilcash on September 12 last. A seven-game winning streak was eventually brought to a halt after a tussle that began with both sides eagerly trading punches in a tense and tight opening.

Andrew Kerin gave Ballyboden the lead from a 7th minute free, and Commercials were back on level terms five minutes later thanks to Ian Barnes' free. They edged in front in the 13th minute when Jack Kennedy lobbed a shot over the bar from a tight angle, before Andrew Kerin equalised on the quarter of an hour mark.

Another Kerin free and a Sam Molony point had the Leinster champions 0-4 to 0-2 ahead by the 21st minute, the first occasion there had been more than a point between them. But with Aldo Matassa in the form of his life around the middle of the field; Jamie Peters, Danny Madigan and Donal Lynch defending resolutely and Ian Barnes, Jack Kennedy and Luke Moore also to the fore Commercials were never in any danger of losing touch.

Kevin Harney found space - a precious commodity at that stage - to kick a point and Michael Quinlivan, who was having a battle royale with Stephen Hiney, restored parity after 28 minutes. When the teams retired to the dressing rooms at the midway stage Commercials were ahead (0-5 to 0-4), thanks to a converted Ian Barnes free.

A Conal Keaney free tied the scores two minutes into the second half but before too long Commercials had the wind in their sails again. Ian Fahey, who really grew in stature as the game progressed, supplied the assist for a wonderful Ian Barnes point, and when a Michael Quinlivan free from 40 metres went straight over the black spot they were ahead by two again, and with the mostly diagonal breeze now favouring them.

Minor star Jack Kennedy continued to show maturity beyond his tender years when he scored to make it 0-8 to 0-5, following more good work by Ian Fahey, and Commercials were flying. When Conal Keaney (from a free) and Jason Lonergan swapped points they still held that three-points advantage entering the last five minutes.

However all of their good work unravelled in that frantic finale, as the Munster champions were left to curse their luck.