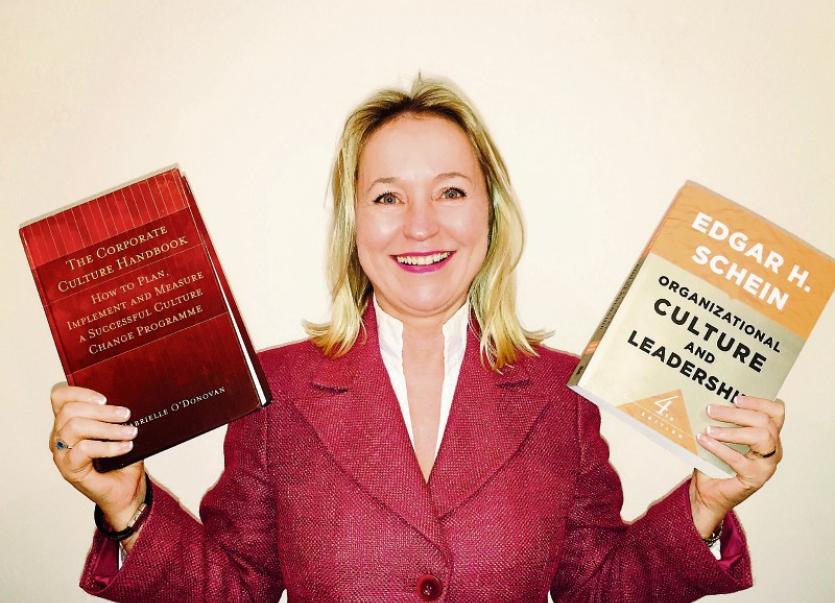 Schein, Professor Emeritus at the MIT Sloan School of Management, the business school of the Massachusetts Institute in the United States, has made his mark in fields such as career development and group process consultation and is considered as the founding father of organisational culture.

Having read her book The Corporate Culture Handbook, which was published by Liffey Press in 2006, Schein referred to Gabrielle's award-winning culture transformation programme for HSBC Hong Kong in his fourth edition of Organisational Culture and Leadership, reproducing her “Characteristics of a Healthy Culture” – a framework of cultural assumptions. In his book, Schein credits her new 23 dimensions of culture as “noteworthy”.

Having paused her work in the academic field (as Associate Professor at Hong Kong Polytechnic University and at the Danube University Krems in Austria) to focus on her work as a practitioner, Gabrielle only learned of this great achievement when an American academic who lectures in Trinity College approached her with a query.

“It's such a huge honour for anyone in the field of culture and change to have their work recognised by Schein”, says Gabrielle. “For Schein to allocate two and half pages of his own book to my work is quite simply unbelievable and a great personal thrill for me.”

Both Schein and Gabrielle have had their work recognised by the American Society of Training and Development. Schein received a Lifetime Achievement Award in Workplace Learning and Performance in 2000, while Gabrielle’s culture transformation programme for HSBC received an Excellence in Practice Award in 2005. She has a masters degree in Training and Development from the University of Sheffield in Yorkshire.

“Schein’s earlier edition of ‘Organisational Culture and Leadership’ inspired the design of my culture transformation programme for HSBC”, says Gabrielle. She says she has her own ideas and definitions on the nature of culture, the levels of culture and how best to implement culture change in the workplace.

“His work also inspired my articulation of new cultural assumption in The Corporate Culture Handbook. So it really rounds the circle for me to see my work incorporated in his revised edition.

Learning about this now has injected great creativity into the new change management book which I am currently writing. And it’s been heartwarming to get such a positive response from the local community in Clonmel on a recent trip home.”

When she is not writing Gabrielle, who is London- based, works as a self-employed consultant for major banks, technology firms and government agencies.