Centenary of the 1916 Rising the theme of St. Patrick's Day Parade

Groups and organisations encouraged to take part in annual parade 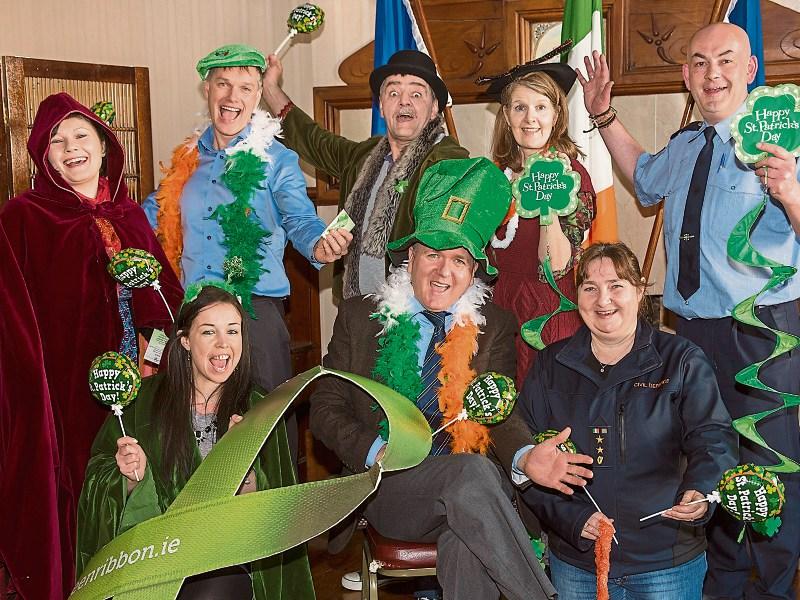 Clonmel Centenary Parade is the theme of this year's St. Patrick's Day Parade in the town.

It was selected to commemorate the 1916 Rising and groups are encouraged to incorporate this theme into their entries.

“In this special year of commemoration I encourage as many voluntary groups and organisations as possible to participate in the St .Patrick’s Day Parade to showcase the vibrant community and civic spirit in Clonmel and across the district”, Mayor Pat English said at the Town Hall on Tuesday when he officially launched the parade.

Once again the staging area for the parade, which starts at 3pm on Thursday, March 17 is Cantwell Street, adjacent to Upper Irishtown.

It will follow the same route through the town centre as in previous years.

Plans are well underway and organisers hope it will be bigger and better than ever.

To participate in the groups can enter online at www.clonmelchamber.com/parade2016.

The more groups that got involved the better especially in this, the centenary year of the Easter Rising.

District Administrator Michael O'Brien stated that dignitaries from three of Clonmel's twin towns - Eysines in France, Costa Masnaga in Italy and Trofaiach in Austria - would visit for St. Patrick's Day.

Cllr. Andy Moloney regretted that it wasn't physically possible to get around to the three parades that were held in the district in Clonmel, Cahir and Ballyporeen.

Mr. O'Brien said that the organising committees for each parade might sit down for next year and co-ordinate the timing of the parades so that they wouldn't overlap.