The Church of the Resurrection is 25 years old 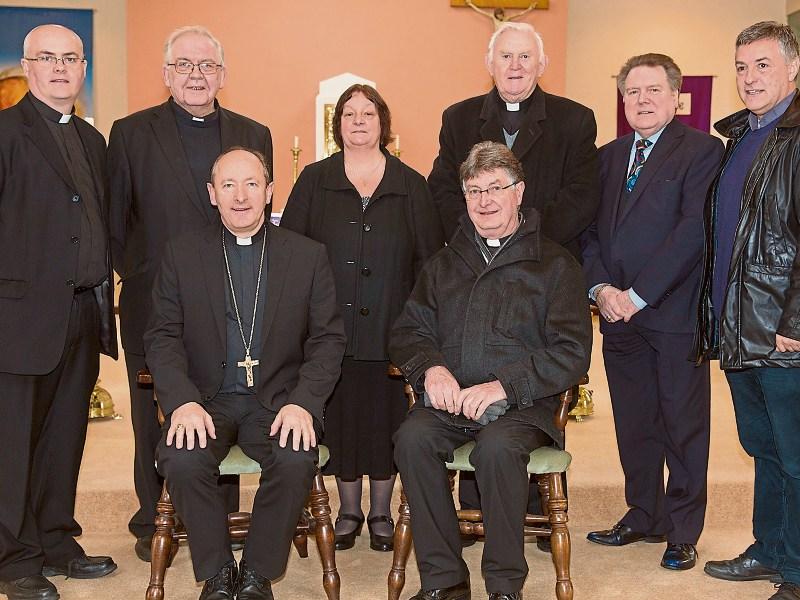 The church choir sang, cakes were baked and parishioners turned up for Mass when Bishop Alphonsus Cullinan came to Clonmel to help celebrate a special anniversary.

On Wednesday morning (February 17) of last week the Bishop made his first visit to the Church of the Resurrection - which on the same date 25 years ago had been consecrated and blessed by Canon Queally, the parish priest of Ss Peter and Paul's, who also celebrated the first Mass in the church that day in 1991.

The Deputy Mayor (in the absence of Mayor Sean Lyons) who represented Clonmel Corporation at the church dedication ceremony performed by Bishop Michael Russell on April 7 1991 was Ald. Tom Ambrose. Now retired from local politics, Tom Ambrose was present at last week's Mass with his wife Joan.

He said that the Lord was sending us people from outside - such as Fr. Cyprian from India, who is now serving in St. Mary's parish in Irishtown, Clonmel- to help us through the difficult times in the church.

He also told the congregation not to be put off by the media image of the church, because it wasn't a true image.

"There are many wonderful things happening in the church in Ireland", he said.

People were still coming to Mass every Sunday, and to daily Mass, despite the difficulties in the church and in society.

Many young people were discovering the Lord Jesus, he said, pointing out that seven men from the Diocese of Waterford and Lismore attended a recent vocations event.

The Bishop said that people were also needed for the religious life and different vocations, one of which was marriage between a man and wife.

For the past 25 years people had been coming to the Church of the Resurrection to pray and every sincere prayer was heard by God, said Bishop Cullinan, who encouraged the congregation to continue to pray and pray for the health of the church in Ireland.

Last week's Mass was offered in memory of the late Nora Kennedy, who was in the congregation at that first Mass in the Church of the Resurrection 25 years ago.