Tributes paid to Michael as he leaves Tipperary for Carlow 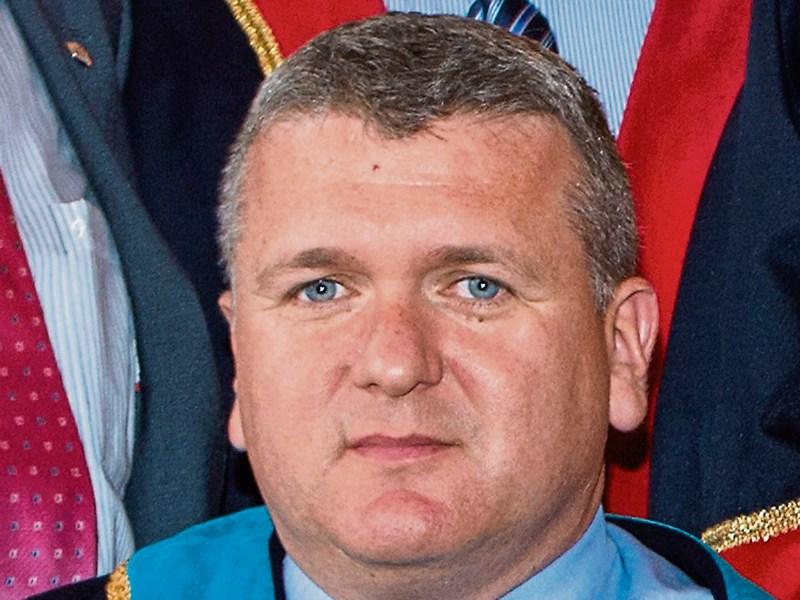 Mr. O'Brien attended his final meeting as District Administrator of Clonmel Borough District Council last week before he takes up an appointment as Senior Executive Officer with Carlow County Council at the beginning of March.

Six and-a-half of those were spent as Town Clerk in Carrick-on-Suir, and the remaining year and-a-half in Clonmel since the new system of local government was introduced in 2014.

He thanked him for his co-operation and wished him and his family all the best in his new post in Carlow.

Cllr. Michael Murphy acknowledged what he described as Mr. O'Brien's positive contribution to the borough over the last couple of years, including his expertise in helping to establish many of the new structures in the district.

He had always been accessible and available, especially during the recent flooding and storm crisis, and would be sorely missed in Clonmel.

Cllr. Richie Molloy said they were all a bit apprehensive when they moved from the Borough Council to the Municipal District but Michael O'Brien's door had always been open and Cllr. Molloy said he was a great support to him.

Cllr. Marie Murphy wished him the best in his new position.

Similar sentiments were expressed by Cllr. Michéal Anglim, who said there would always be a warm welcome for him in the district.

Cllr. Andy Moloney said that Mr. O'Brien had gone above and beyond the call of duty on several occasions.

Although he was affected by the recent floods he still managed to send the members text messages and keep them updated.

This was one of the most forward-thinking districts in the area, thanks to his contribution, said Cllr. Moloney.

Borough District Engineer Jonathan Cooney said it had been very easy to work with Michael O'Brien from day one and he had never seen him cross or annoyed.

Director of Services Sinéad Carr said it had been a pleasure to work with him.

Michael O'Brien had come into a position that was quite difficult, as there had been a lot of changes in local government.

However he had managed to put the structure together and get the system working.

The fact that he had an open and accessible manner had made her life a lot easier.

“It isn't a surprise he has been promoted and he deserves every bit of it”, said Ms Carr.

Thanking everybody for the tributes, Michael O'Brien said he was lucky to have worked with Tipperary Council for the past eight years.

He had made great friends in that time and he hoped their paths would cross again.

He could see all the work that was being done and he had learned from his time there.