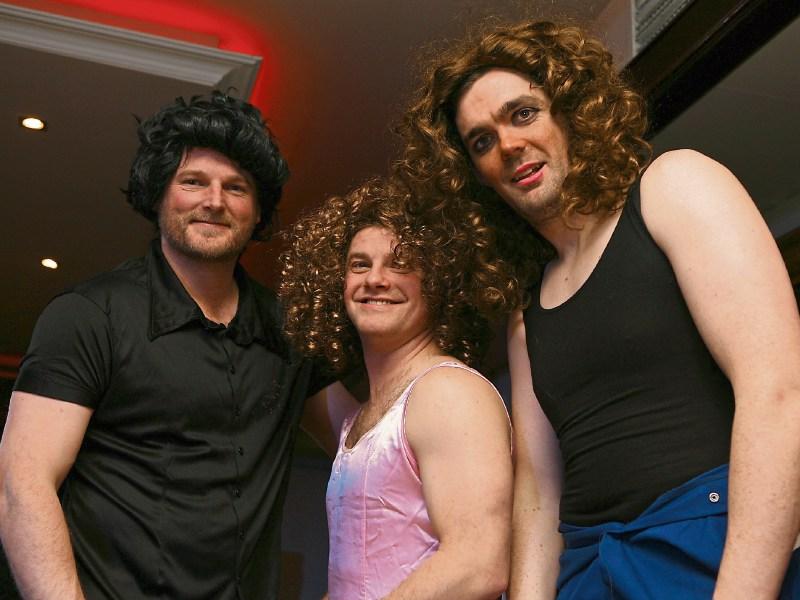 Carrick Relief's comedy variety show that drew a sell-out crowd of more than 250 to the Carraig Hotel has raised €3679 for the renovation and repair of Carrick-on-Suir River Rescue's flood damaged centre on North Quay.

Proceeds from the concert on February 12 were handed over to Carrick River Rescue representatives at a presentation ceremony in the Carraig Hotel last week.

The two-hour show was organised by local voluntary group, Carrick Relief, which has hosted variety shows for several worthy causes in the town in recent years.

Marion Landers of Carrick Relief said the money the show raised will go towards funding the electrical and heating renovations at the River Rescue base.

She said the response of the people of Carrick-on-Suir to the fundraising show was brilliant.

"People were actually coming to us looking to purchase raffle tickets on the night and people who couldn't attend the event donated money," said Marion, who along with Kay McAuley organised the event.

Local singers, dancers and entertainers volunteered their time to perform in the show, many of them impersonating music legends such as Tina Turner, Michael Jackson and Kate Bush.

Mala Raggett and her daughters Megan and Ruth of Rising Stars Variety Group organised the stage acts, which were a big hit with the audience.

Marion paid tribute to Kay McAuley, who organised the show with her, to Mala, Megan and Ruth Raggett, all the local talent who performed in the show, DJ Dermot Mansfield, who volunteered his time free of charge to play music for the disco after the show and all who helped out and supported the event.

"It was absolutely fantastic and all the people who took part in it must have put in hours and hours of work getting their performances ready for the stage. "

He said he was delighted at the huge turnout for the event. "The money the show raised will go a long way to help us get back on our feet," he said.

He also thanked the organisers of the recent Backyard Band gig fundraiser in O'Ceilleachain's Bar and others who organised fundraising events for River Rescue around the county.

Mr Hickey said River Rescue volunteers are ovewhelmed by the support they have received from the public since their base was flooded and really appreciate all the donations and assistance.