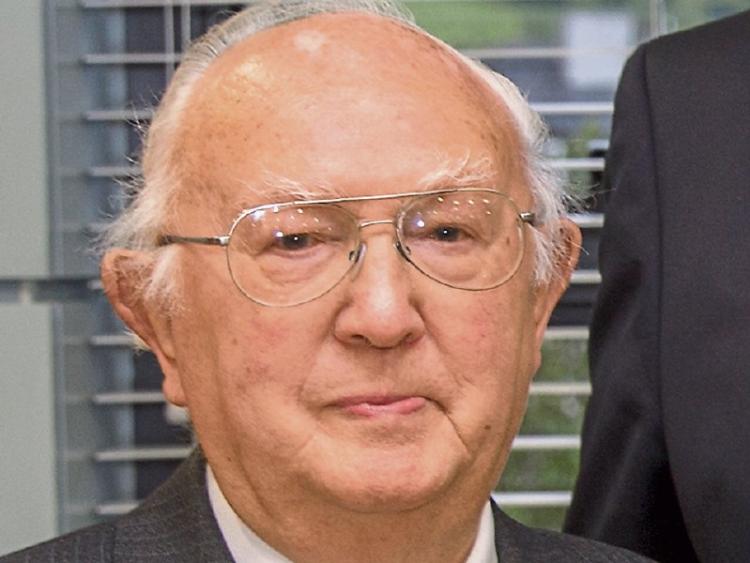 ON A RECENT Wednesday morning (17th February) a group of parishioners assembled in the Church of the Resurrection in Clonmel to mark the occasion of the 25th anniversary of the church’s dedication. As news of Liam ó Duibhir’s death during the night spread amongst those of us present, it was accommpanied by a palpable wave of sadness. A fellow parishioner, a distinguished citizen, a dear friend, was no longer with us.

His death is an unimaginable loss to his wife Tríona, and his family, his nearest and dearest; a loss so touchingly reflected in the few beautiful words said by his daughter, Máire, at his funeral Mass. But it is also a very personal loss for those of us who knew him, his friends, his community, the many causes and societies to which he gave so generously of his time and of his many, many talents.

As the psalm, also so beautifully read at this funeral Mass, says: “All things have their season, and in their time all things pass under heaven - A time to be born and a time to die.” In between, there is that comparatively short time to live a life. And Liam lived his life to the full, from his birth in Emly to his death in Clonmel. He blessedly retained all his faculties, and all his interests, up to the last week of his life.

The universal comment made by those who knew him, and even by those with a brief acquaintance, was that: “He is a lovely man.” And he was, indeed, a lovely man, charming, endearing, funny, self-deprecating, principled and a Christian. His devotion to his family is well known, but he also had an extended family of hundreds, maybe thousands, of students whom he taught during his long career, which started in Tralee and continued in Rockwell College, where he became Vice-Principal.

Somebody, somewhere, has written: “The great teachers - how influential they are - how slender their rewards!” Slender, because it takes a lifetime to identify that influence, by which time it is too late to acknowledge it, but, I hope, that Liam experienced at least some of that acknowledgement in his lifetime.

He had, of course, an extensive knowledge of so many things and was widely read, but he wore his learning lightly. He had a large library, especially of local history, and with which he was so generous. To those of us who scribble, he was a great source of information - checking on a date, a fact, the one-time existence of something like a small Tipperary creamery - ask Liam, he would find a verification. He was always encouraging to those of us who take to print.

He had a sense of place, and a pride in that place: his Ireland, its language, its stories, its music. There was his love for Tipperary - its hills and fields, its traditions, its place-names, on which he was an authority. It was an uncomplicated tír grá - a patriotism - which is so endearingly refreshing, especially nowadays.

Above all, there was his great love for the Irish language, which he spoke so beautifully in his own West Tipperary tones, and which automatically evoked a response to his greeting from so many of us when we lapsed into our cúpla focail, even if we tripped over our irregular verbs. He made it all so natural and so friendly, and amongst his most recent involvements there was a small group which he met and talked with in Irish each week, in the Place4U Cafe in Morton Street. He had also committed to participate in the short series of lectures on local history currently now being held in the Cafe.

Liam O Duibhir had a long association with Clonmel Historical and Archaeological Society, his membership going back over several decades, and he was President for a period of three years. During all of that time he contributed many papers and lectures to the Society’s programmes. He also served on the Committee of the Journal of the Tipperary Historical Society and on the Kickham Memorial Weekend Committee.

He had many friends, and his friendship enhanced and enriched their lives. On Saturday as he made his last journey down the aisle of the Church of Ss. Peter & Paul’s, it seemed that the funeral ceremonial reflected so many of the values and characteristics of his life: the liturgy, the biblical readings in both Irish and English, the music, the beautiful renditions of the traditional airs that he loved, and a church filled with people, all united in grief at the passing of a much loved, much respected man.

Somebody whispered to me: “There goes the best of Ireland.”