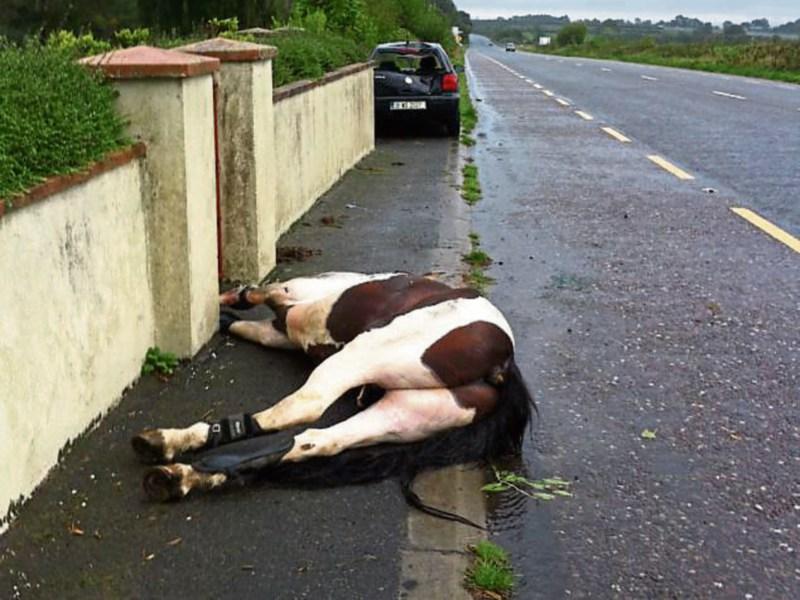 Councillors have initiated plans to curtail 'Sulky Racing' on public roads across Tipperary, at a meeting of the Joint Policing Committee in Tipp town this week.

There was a lot of concern regarding stray horses, and “very few, if any obligations on horse owners,” she said.

The new bye-laws planned by Tipperary would mirror those already in place in Kilkenny, and allow the Council to regulate so-called 'Sulky Racing', popular with members of the Traveller Community.

The Council has received complaints of Sulky drivers holding a child while driving, with no safety gear or lighting. It's proposed to have an outright ban on Under 16s racing horses on public roads.

Cllr David Doran said he had received reports of Sulky Drivers “weaving in and out of traffic”. “It has nothing to do with tradition or culture. It should be banned. We as Councillors should not have our heads in the sand.”

Cllr Joe Hannigan said there would have to be a designated officer appointed to oversee the new bye-laws. “Just because it's culture, it doesn't mean that it's good. The public are sick of hearing about this. Something has to be done before somebody is killed.” One horse was found dead near Cahir last year. “It's imperative that we have a designated person. They will have the tools to go and pursue it.”

Cllr Hughie McGrath said he had an experience on the N7 in North Tipperary, where some Sulky Racers “just blocked the road.”

Chief Superintendant Catherine Kehoe said “we have to be inclusive in what we do.” “There has to be some give and take here, and not all about legislative enforcement.”

No additional Garda resources would be deployed to enforce the measures as the bye-laws are covered by the existing road traffic act, added Chief Supt. Kehoe.

The Council will be working with the Gardaí, the Dept. of Agriculture, and the ISPCA on the matter.

Councillors agreed to put the plans on the agenda for the next meeting of Tipperary County Council.