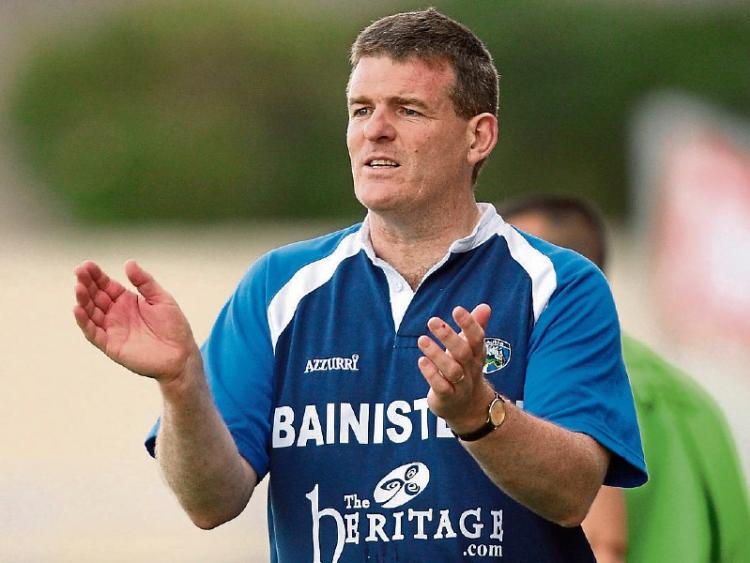 A toss of a coin that went in Clare's favour means that Tipperary must travel to Cusack Park in Ennis for the National Hurling League quarter-final between the teams on Sunday week, April 3.

Tipp booked their place in the last eight with a heavy defeat of Cork at Semple Stadium on Sunday, while Clare's win over Limerick resulted in the double benefit of securing their promotion back to the top flight while also earning them a quarter-final berth.

Buoyed by that big win over Cork, Tipp left for Mayo on Monday for a four-day training camp at Breaffy House near Castlebar.

As well as reaching the last eight of the league manager Michael Ryan was pleased to have avoided a relegation final against Cork - who they meet in the Munster championship quarter-final on May 22. He also welcomed Seamus Callanan back from injury for his first appearance of the season, the Drom/Inch player scoring two points from play after he was introduced as a half time substitute..

Michael Ryan also confirmed that Bonner Maher, who missed Sunday's game through injury, will be available for the quarter-final.

They had good performances from Conor McGrath, who scored five points from play; David Reidy and goalscorer John Conlan, although Limerick manager TJ Ryan believed that the goal should have been disallowed.

Despite his team's win, Clare manager Davy Fitzgerald said “I don't think we're near the top three or four. I'm fairly certain of that. We've two or three months to work on that - the championship is what counts”.

The penultimate round of matches in Division 3 of the National Football League take place this weekend with no less than six teams still in contention for promotion to Division 2.

Tipperary welcome table toppers Kildare to Clonmel on Saturday (throw-in at 2 pm) in what manager Liam Kearns describes as a “must win” game. If Tipperary can prevail it would put them joint-table toppers going in to the final round of games the following Sunday; on the flip side, defeat for the home team will almost certainly mean a third consecutive year in Division 3 for 2017.

Both sides suffered their first defeats of this campaign last time out; Tipperary losing in Longford by 1-17 to 1-11; at the same time Kildare were going down to a surprise home defeat in Newbridge against Sligo. Both Tipperary and Kildare will know, that with difficult fixtures yet to come on the last day, there is no further wiggle room available for slip-ups.

Looking forward to Saturday’s clash, the new Tipperary team manager Liam Kearns said that “it was all back in the melting pot with regards to promotion now, after the last round of games. But as far as Tipperary are concerned this is definitely a ‘must win’ game if we are to keep talking about promotion. It is our third home game of the series and we have managed to win both our previous games and we must win again on Saturday to stay in the hunt. We have three games at home, four away, and you must win your home games. So far we have managed to do that and we will try to continue that run against Kildare,” said the former Austin Stacks and Kerry player.

He went on to add “we were disappointed with our performance against Longford. Both offensively and defensively we were not as good as we had been in previous games. Also, for the very first time in this league, discipline let us down and I was disappointed about that too. (Conor Sweeney was black carded in the 45th minute; with Shane Leahy dismissed towards the end of the game). I thought we let a lot behind us in Longford. We kicked seven balls short into their goal and then added to it with eight wides. In all I think we missed about 15 chances. But we also got caught on the break in defence, something that hadn’t been happening before the Longford game.”

Having played their two home games in Sean Treacy Park, Tipperary (winning both against Clare and Offaly), Kearns now brings his charges to Clonmel for his maiden outing at Clonmel Sportsfield.

“Tipperary Town was not playable on this occasion, they deemed it to be not suitable, just as we were getting used to it, having played McGrath Cup there also. We were not allowed in to Semple Stadium the first day, and were kicked out of it the second day, so now we find ourselves having to play in Clonmel this weekend. Having won our two previous games in Tipperary we would have liked the continuity of it, the chance to continue that winning routine, but at the end of the day it is a football pitch wherever you play and we’ll approach it like any other game,” he added.

The Tipp manager admitted he was somewhat taken aback by Kildare’s defeat at home to Sligo adding “surprisingly they seemed to let up a little in their last two games against two of the bottom teams. Up to that they were cruising along, everything seemed fine, their attitude was 100%, they were playing well, winning comfortably. But they do seem to be trying out quite a few players so that might have something to do with it. They had the game won against Limerick before Limerick got a goal at the full time whistle which made it look closer than it was (Kildare won by a single point). But the loss to Sligo was a surprise,” added the former Limerick and Laois manager.

The Tipperary squad situation is improving slightly it seems in the lead up to Saturday’s game.

“We have never had a full squad to pick from yet, we have never had less than 10 missing for whatever reason. We are missing a core of six players all the time and four or more out injured at any time. But hopefully Kevin O’Halloran is almost back again, maybe Saturday is a week or two too soon for Kevin but he is coming along. George Hannigan is just back also but unfortunately he has now suffered a thumb injury, while Ian Fahey who was out with a thumb injury ‘re-sprained’ it yesterday so we will have to wait and see how they all come through this week. We are also hoping to have Colm O’Shaughnessy back and indeed Kevin Fahey whom we didn’t play the last day after he was forced to play in a South under 21 football game the previous day,” continued the Tipp manager.

“We will give it our best against Kildare and see how it works out. If we were to get promoted it would be a remarkable achievement given all the problems we have encountered in this campaign. You must remember there were many saying we would be relegated at the start. If we get promoted it would be fantastic but we are very happy with our performances to date and I am very pleased with the panel of players we have had. They have put in some great efforts in our five or six games so far and we will keep building on that,” concluded the Tipp manager.

On Sunday last Tipperary played a strong Wexford side in a challenge game at Monroe. In what was a good workout for Tipp, using it to give playing time to some returning panel members, the Model County, managed by Kilsheelan’s David Power, won by 0-18 to 1-11.

By Eamon Wynne and Jeddy Walsh