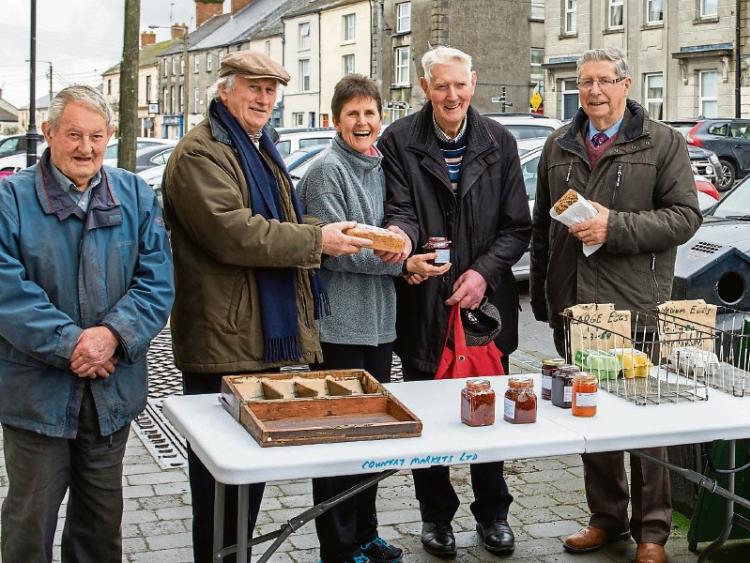 At the end of April 2006, all Irish Market Rights that were unused in the previous ten years were to be extinguished by Local Authorities and Government, and Fethard was one of the affected towns on the list.

On the morning of Thursday, April 27, 2006, (Thursday being the traditional market day for Fethard), local traders set up their stalls on The Square to ensure Fethard held its right to hold markets for another ten years.

Ten years later, on Thursday, March 24, 2016, local traders again exercised their market rights by setting up their stalls on The Square and selling to the public, which will ensure that the right is kept alive for the next ten years.

A town with no Market Rights has no right to hold a market. Markets in Ireland have not prospered with the Casual Trading Act introduced in 1995, instead most traders have been denied trading opportunities.

In Fethard’s early days the market may have been held in and adjoining a Tholsel house in the centre of the Square. The market was subsequently transferred to the Town Hall where the weekly country market is held every Friday morning. Some senior citizens still refer to the Town Hall as the ‘Market House’, the name by which it was commonly known up to fifty years ago.

Following the success of the market some stallholders have continued to sell their goods on Thursday mornings and are very well supported by the local community.