Fethard trainer says late son was looking down on him 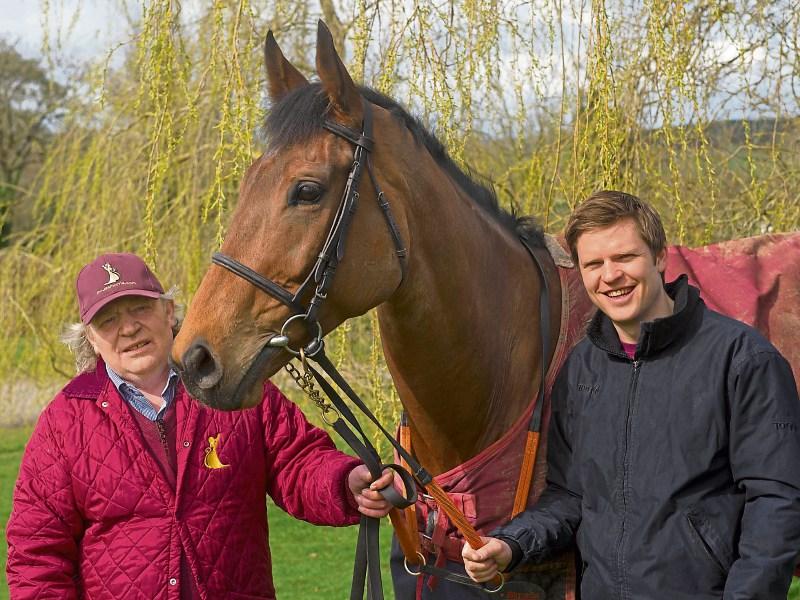 Horse trainer Michael 'Mouse' Morris, who pulled off another remarkable success in the Irish Grand National at Fairyhouse, has issued an emotional public appeal.

The celebrated trainer lost his thirty year old son Tiffer (Christopher) in a tragic accident in Argentina last May and he dedicated his Easter Monday success to him.

“Tiffer was looking down on me today. It hasn't been the easiest time, but he must have been looking down. I'll dedicate this to him,” he said

It was an emotional day for the Fethard based trainer who has enjoyed a great record in the event both as a jockey and a trainer.

After watching his charge Rogue Angel hit the winning post in a thrilling race, he called on people to be more aware of the dangers of carbon monoxide.

Tiffer died from carbon monoxide poisoning a few weeks after he had left Ireland for Argentina.

“He left a year ago. It does not get any easier, there are good and bad days,” said Morris after dedicating his latest Grand National success to his son.

“It's one of the most special victories I've had because of the circumstances,” he said.

He called on people to consider installing carbon monoxide alarms in their homes.

“It would mean a lot if people just went out and did it. It only costs about €20.

“It would save lives in the future, no doubt about it.

“It is absolutely lethal stuff, there is no smell off it and you just fall asleep from it” said Morris.

He said it had been a very difficult year and he tried to work very hard every day to keep his mind occupied.

“We've just had to get on with things.

“Thousands of people have been through it before and , if it's the case that more people get carbon monoxide alarms as a result of today, I'll be delighted,” he said.

The Fethard trainer said Monday was a very special day for him.

“This has to be up there with the very best days” he said.

He enjoyed Grand National glory as a jockey on Billycan in 1977 and in 2008 trained Gigginstown's first Irish National winner Hear the Echo.

In the 2015 National he trained the runner up and fourth in the race.