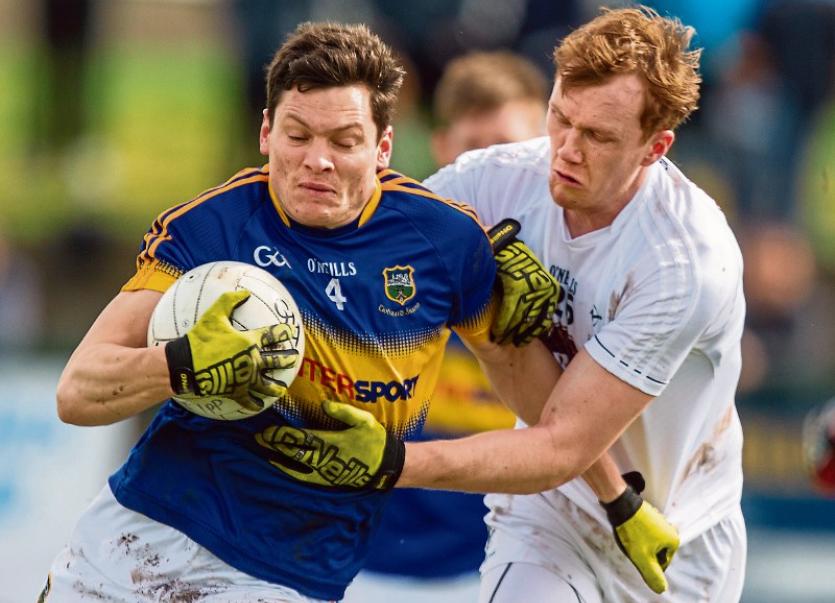 ‘A disaster of a first half’, as it was described afterwards by team manager Liam Kearns, put paid to Tipp’s chances of a rare League win against Kildare at Clonmel on Saturday last.

At the end of the opening period Tipperary trailed the visitors by 1-7 to 0-1, the home side left to curse a number of very scoreable opportunities all of which went abegging. Had Tipp availed of these chances, or even some of them, the platform for a second half challenge with the breeze behind them might have been on the cards. Nine points down at the interval Tipperary were forced to throw caution to the wind for the second period, and perhaps in the end were fortunate that the drubbing was confined to 11 points, 2-13 to 1-5.

Saturday’s defeat at the hands of the ‘Lily Whites’ almost certainly ends Tipp's hopes of promotion (but not definitively). Following last Sunday’s results from the other Division 3 games, it now means Tipp travel to Sligo on Sunday next needing to win to make absolutely sure of staying in Division 3 for 2017. But depending on other results they could still lose and stay up.

In Saturday’s penultimate game of their National Football League campaign, Tipp needed a victory to keep promotion hopes alive and it should have started perfectly for them in the very first minute. Kevin Fahey’s ground pass to the inside corner-forward gave Philip Austin a gilt-edged chance of goal but the Borrisokane man, lacking composure, flapped at the opportunity and sent the ball wide. A goal at the outset might have changed the course of the game, but what did become certain as the first half developed was how expensive that missed chance was.

Kildare with the strong breeze behind them went at their business with purpose and by the end of the first quarter were 0-4 to 0-0 clear, with some nice points from Daniel Flynn, Eoghan O’Flaherty and Adam Tyrrell to add to Tyrrell’s opening free.

In the 16th minute things went from bad to worse for the Tipp. A low pass played in from the wing by Niall Kelly deceived Tipp keeper Evan Comerford, perhaps somewhat unsighted by Tommy Moolick’s run, and suddenly Tipp were now seven points down and still scoreless.

Tyrrell’s third point of the day was followed quickly by a well struck O’Flaherty ‘45’ for Kildare to extend their lead further to 1-6 to 0-0 before Tipperary eventually got on the scoreboard 25 minutes in, Robbie Kiely setting up Kevin Fahey to point.

A minute later came Tipp’s second goal chance of the half. A determined run down the Western Road side of the field by full-back Alan Campbell linked up with Philip Austin and Campbell was still there at the edge of the square for the return pass. Somehow the Kildare keeper Mark Donnellan got a hand to the ball to deny the Moyle Rovers man his deserved reward for effort.

To compound Tipp’s woes in the opening half the normally reliable Conor Sweeney missed three very kickable frees, two coming back off the upright. Against teams such as Kildare you cannot leave such chances behind you and hope to win. It was indeed a most forgettable first half.

Tipperary did improve in the second half taking the game to Kidare, outscoring their opponents 0-4 to 0-2 in the third quarter. But it was always going to be too much a gap to bridge.

Alan Moloney opened the scoring two minutes in and the same player taking over the free-taking duties added Tipp’s only converted free of the day after 10 minutes. The other Tipp points came from nice, if all to seldom efforts, by Michael Quinlivan and Philip Austin.

Kildare’s second goal on 17 minutes was well worked with Daniel Flynn finishing well but almost immediately Tipp responded with a green flag of their own. A nice move through the middle involving Billy Hewitt and Peter Acheson set up Kevin Fahey and the young Commercials defender showed his forwards how to finish in style.

It was somewhat of a dead cat’s bounce though as Tipp failed to score for the remaining 21 minutes of play. Kildare on the other hand playing with a growing confidence added four points and should have possibly punished a well-beaten Tipperary by more 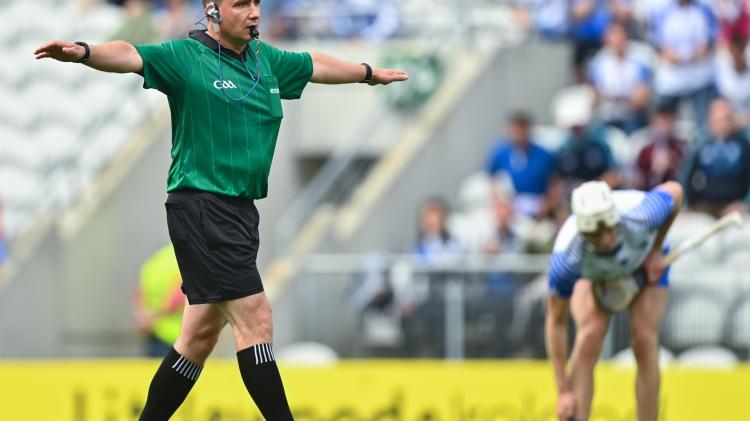