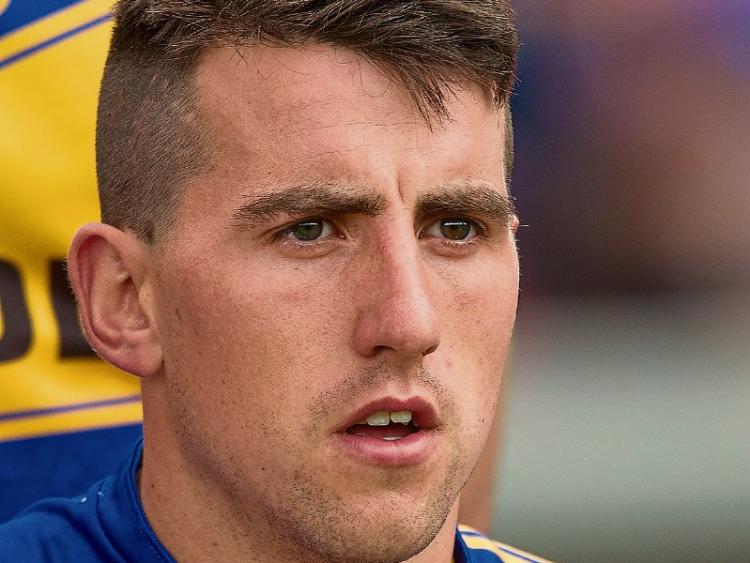 Borris-Ileigh's Kenny is the most high-profile of the six. He made an encouraging start to the season, scoring three points from play in Tipp's big win over Dublin in their opening National League game in Thurles.

He also played in the next game, a defeat by Kilkenny, when he scored two points from play. However he has slipped down the pecking order since then and his last appearance was as a half time substitute against Galway, although he was withdrawn five minutes from the end of that game.

Moycarkey-Borris' Kieran Morris started the most recent game, a comfortable win over Cork a fortnight ago, but was replaced by Seamus Callanan at the interval.

Kildangan's Gallagher, meanwhile, appeared as a substitute against Dublin but hasn't featured since then.

Neither did Seamus Kennedy nor Steven O'Brien, who were both recruited for the panel from the county footballers, although they avoided last week's cull and it remains to be seen if they will be called upon next weekend.

On a positive note Tipp are hoping that Patrick Bonner Maher, who missed the game against Cork, will be fit in time for Sunday, while James Barry and Barry Heffernan picked up knocks in that game against the Rebels.

However Michael Cahill looks as if he'll be sidelined for some time following the hamstring injury that he sustained against Galway.

Tipp go into the league quarter-final following last week's training camp at Breaffy House near Castlebar and with some momentum following a win over Cork and a well-earned draw in their previous game against Galway.

With Seamus Callanan making his long-awaited return from injury in recent weeks and Ronan Maher, John McGrath and Barry Heffernan all stepping into the side impressively during the league campaign, and Brendan Maher and Michael Breen settling into a solid midfield partnership, the team appears to be taking some shape ahead of the championship clash with Cork in Thurles on May 22.

However they'll have it all to do against a Clare team that won promotion from Division 1B in eyecatching fashion, and which looks close to recapturing the form that swept them to the All-Ireland title three years ago.

So far the introduction of Donal Og Cusack as coach and selector alongside manager Davy Fitzgerald appears to be paying handsome dividends.

Their most recent outing was a four-points defeat of Limerick a fortnight ago, a result that confirmed The Banner's return to the top flight, while condemning Limerick to a seventh successive season in Division 1B.

Clare have won every game they've played this year and despite playing in a less competitive league division than Tipp they'll be quietly confident of extending that sequence on Sunday.

And given the tight confines of Cusack Park, with a large, partisan following behind them, home advantage will be considerable.

Sunday's game starts at 3.45 and if necessary extra time will be played.

The winners will advance to a semi-final on April 17 against the winners of the Kilkenny/Offaly quarter-final, which goes ahead at Nowlan Park on Sunday.

Footballers need to win to make sure of Division 3 status

Tipperary senior footballers make the long trip to Markievicz Park in Sligo on Sunday next for a crunch
Division 3 National Football League tie that will ultimately determine at what level of league football they will play in 2017.

Amazingly, on the final day of the league, Tipp’s fate is right in the balance with an outside possibility of promotion but perhaps a more likely probability of relegation if they fail to win in Sligo.

In what has been a very unpredictable league all through, six of the eight counties in Division 3 have everything to play for on Sunday next with either promotion or relegation still at stake for most of the sides.

The only matters which have been fully determined prior to Sunday’s final round of games is that Kildare are promoted to Division 2 and Limerick have been relegated to Division 4 for next year. After that it is all very much up in the air with Sunday’s four games as follows: Sligo v Tipperary; Kildare v Clare; Longford v Westmeath; Limerick v Offaly.

How Tipp can be promoted

Tipperary’s promotion hopes hang by a thread and will require a four-horse accumulator of results for them to be go up. They will have to win in Sligo; and hope that Kildare beat Clare; Westmeath defeat Longford and an already-relegated Limerick can upset Offaly at Newcastlewest. Such an unlikely scenario would see Tipp finish level on eight points with Clare but because Tipperary won the head-to-head against ‘The Banner’ at Sean Treacy Park, it would be enough to see Tipperary join Kildare in Division 2 next year.

Survival in Division 3 is now a real dogfight with five teams still in danger of the drop. Westmeath are on five points going into Sunday's game against Longford in Longford. There are four teams all on six points - Offaly, Sligo, Longford and Tipperary, with Tipp currently bottom of the quartet with the poorest points difference.

A win for Tipperary in Sligo would of course guarantee survival in Division 3 for next year but there is also the possibility that even if Tipp lose in Sligo and Westmeath also lose in Longford, Tipp would stay ahead of Westmeath.

One thing for certain is that Tipperary will have to improve significantly on last Saturday’s poor performance against Kildare in Clonmel if they are to trouble Sligo who are now on an impressive run which includes a recent win in Newbridge against Kildare. A repeat of the display at Clonmel Sportsfield against the ‘Lily Whites’ won’t do in Markievicz Park against last year’s Connacht Championship finalists.

Tommy Toomey, a selector with Tipp, stated earlier in the week that “Tipp would take the hand off you now for survival in Division 3 for another year. There is no doubt that we are just not strong enough yet for
Division 2 football.”

Tommy added “We lost a lot of big players at the start of the year and people have to realise that we are basically trying to rebuild a completely new team now. To be honest if it was said to us at the start of the campaign that we would be still in with a chance of promotion or staying in Division 3 on the last day of the league, we would have taken it.”

“As disappointed as the boys are after last Saturday’s game, and they will be sore and hurting over it, I am confident that we will come up with the performance required for Sligo. We know that Sligo are a very experienced side with a lot of class players, and a very formidable outfit, especially at home. They are going very well at present, and like last year when they started poorly in the league they have come good again in this league and it will be a huge challenge for us.”

“Perhaps I shouldn’t say it but Sligo was also the venue the last time we were relegated (from Division 3 in 2012) and it was there that John Evans had his last game in charge of Tipperary, so there might be a certain corollary in that, but let’s hope not. But we have a different bunch of players now and they know they are in obvious danger and have to come up with something on Sunday. And I think we are good enough to do that,” concluded Tommy.

Let’s all hope so.

By Eamonn Wynne and Jeddy Walsh