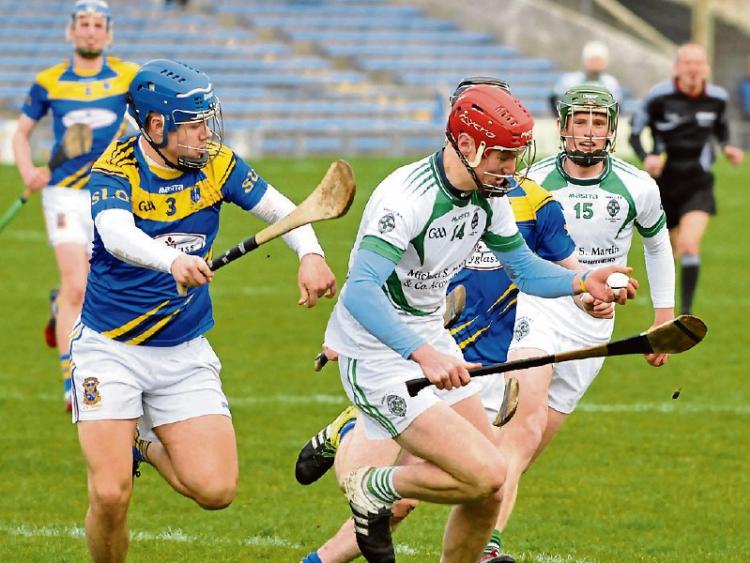 ‘Go west, young man, go west’, is an old nineteenth century American catch-cry urging its people to head west to colonise and prosper in the vast stretches of that continent. Well our hurlers headed west during the past week, west to Mayo to be precise, no doubt in the hope of gaining some hurling capital for the season ahead.

This Sunday we cross the Shannon again, to where Cromwell had no interest in going. The business end of the league series draws us to Ennis for what promises to be a stiff examination of our credentials.

It’s been a see-saw league thus far for the Premier county, fluctuating between the free-flow evident in the victories over Dublin and Cork and the stuttering episodes in between. That point rescued in Salthill by ‘Bubbles’ was the most precious flag all spring but needs to be consolidated now by further progress.

Midweek we heard of six players being cut from the extended panel. Conor Kenny was probably the highest profile casualty, one who seemed to be making waves in the pre-league games but has since disappointed. That missed goal in the opening minutes down in Nowlan Park proved a bad omen. His on/off experience in a subsequent league game hinted at the management’s impatience and now he’s cut adrift of the panel.

I have a certain sympathy for players who do all the winter slog and then when the evenings start to stretch out they become surplus to requirements. It’s a cruel world but that’s what you buy into with any panel where there’s little scope for sentiment.

The other five got less exposure. Kieran Morris, Joe Gallagher, Joe O’Dwyer, Bill Maher and Sean Ryan are no doubt disappointed hurlers this week but they must have known that some spring pruning was on the horizon and their positions were always vulnerable. Others are probably relieved to have avoided the cut this time but in the nature of things panels remain fluid throughout the year.

Our past league record against Clare is healthy. Looking back over the last ten encounters between the counties we’ve won six, lost three and drawn one. That’s going back as far as the 2001 final where we came out on top by three points down in the Gaelic Grounds.

We went to Ennis last year for round three of the league series and came home winners by 2-19 to 0-20. I’d forgotten that John McGrath won the TG4 man of the match on that occasion hitting five points from play. He’s been grabbing the headlines this spring too with some eye-catching inputs.

Last year we met Clare on their way down to Division 1B; this time they’re on their way up following that win over Limerick. The different trajectory should see them in more buoyant mood though injuries have been unkind to Davy’s crew. They were already without people like Tony Kelly and Pat Donnellan and now David McInerney is added to the list. There’s some question over the fitness of Shane O’Donnell too and Podge Collins is expected to be on football duty as his dad’s side push for promotion from Division 3.

It’s quite a casualty list so a victory over Tipperary on Sunday would indeed be regarded down Clare way as a major scalp.

On the Tipperary side there were plenty of bumps and bruises from the Cork game so I’m not sure who’s definitely available. Mickey Cahill is thought to be out of action for some time – he really is unfortunate with injuries. On the other side ‘Bonner’ is said to be available and Jason Forde must be near a return too. People are asking about players like Steven O’Brien and Seamus Kennedy also so it will be interesting to see when they get game time.

Given Clare’s injury list a Tipperary defeat here would not read well. Besides, being out of the league on April 3 would be far from ideal with almost a two-month hiatus before the championship opener on May 22.

Our need then is great even if a win will most likely set up another clash with Kilkenny.

All Ireland wins at any level are difficult to achieve so the Abbey’s success on Monday in the post-primary schools’ ‘B’ decider at the Stadium was welcome news indeed. They spent a long time chasing this game but showed extraordinary resolve to keep with it and eventually wear down the visitors from Antrim.

It’s the school’s third win in this grade but there’s no doubt it was the hardest earned. They had to come through extra time in the Munster semi-final against Glanmire, then survive a torrid second half in the All Ireland semi against Johnstown and once again in the final they had to delve deep to withstand St. Louis of Ballymena. Nothing came easy, they needed a rub of the green here and there, but ultimately it was diehard determination which saw them through.

The visitors from the North showed great economy in the opening half, hitting some really sweet points and then pouncing for a crucial goal on nineteen minutes. Against that the Abbey clocked up the wides as Rian Doody wobbled on a few early frees and Shane Power was twice denied goals, the first when he missed the target and the second smothered by a brave advance from the goalie.

And yet the Abbey dug deep on the turnaround. Now St. Louis hit their share of wides but Rian Doody found the range and it was his free-taking which dragged the CBS back into the contest eventually forcing extra time.

Almost half of this Abbey side played in last year’s football decider and that battle-hardened crust was probably what eventually pulled them through this final. As the extra time unfolded one felt that the Abbey was finally getting the edge in vital tussles. Rian Doody was now emerging as a real hero hitting a few critical scores from play. The Abbey had nudged in front by half time in extra time.

The real encore came from the CBS in the final ten minutes. Some northern visitors near us were surprised – even happy - when Daire Egan was substituted and you understood why when he was reintroduced. His reappearance proved an inspired move.

Shane Neville, Michael Breen and Josh Ryan had driven the Abbey into a three point lead and then the goals sealed the deal. The first was an ensemble affair, Shane Neville making the initial break, feeding Shane Power who nudged it on to Daire Egan for the batted finish. For the second goal roles reversed: Egan cut in along the end line to feed Power for the smashing finish.

In between St. Louis got one back but it was never enough. The Abbey had finally put its stamp on this one, the sheer persistence once again paying off in a thrilling encounter.

It’s a sweet one that will sit very snugly beside those of 2002 and 1992 in the Abbey’s sports’ hall of fame. It’s only when you look back on a recording of the game that you realise the intensity of the effort by the entire team, all the little blocks, hooks and flicks which added up to a famous win. You think of Niall Heffernan’s block while chasing back on his own ‘forty’; a Josh Ryan block out on the sideline near the end of normal time which may have prevented the winner; Rian Doody’s steal from an opponent before hitting a vital point; Shane Neville’s dispossession of an opponent before pointing from under the old stand. Individually and collectively these all added up to the eventual outcome.

Rian Doody deservedly took the TG4 man of the match award; it took great composure to recover from those early wides to exert such a crucial influence on the game. Shane Power might have had three goals but was central to the two the Abbey got. For him it was a particularly poignant occasion having lost his sister, Fiona, during the week following a long battle with illness. The win will hopefully go some way towards easing the pain of the family following the sad events of the past week.

Daire Egan too takes huge credit for the win as does Kevin Franks and Shane Neville. Midfield was powered by the ceaseless energy of Kieran Breen and Tommy Lowry. Josh Ryan marked his return to action at centre back with another imposing display in a defence that faced some tricky opponents but remained intact throughout, Davy Byron typifying the battling qualities. And let’s not forget goalie, Aidan Griffin, the baby of the team bravely doing a man’s job throughout the campaign.

The Abbey celebrates then after a famous win. For mentors Kieran Hickey, James Ryan and Darragh O’Donovan it’s just reward for a massive investment in the team throughout a long and difficult campaign.

P.S. Good to see our county chairman, Michael Bourke, publicly endorse the policy of the county minor hurling management on the dual player issue. It was overdue, but welcome.