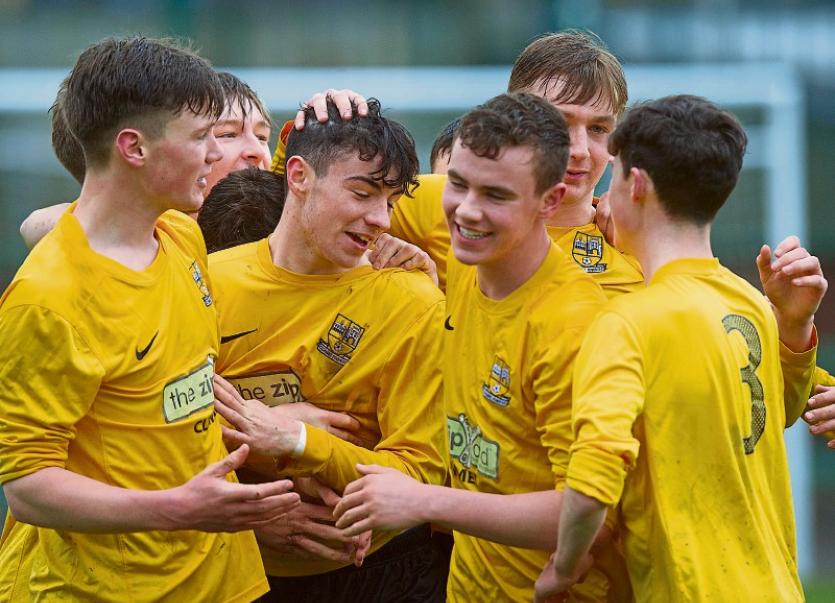 These two teams were pushing for points for the same reason on Sunday as the league nears its end, and the shared point will probably be seen by both as two points lost rather than a point gained.

Old Bridge started the better but it was Borris who had the best chance early on, when a through ball on ten minutes caught the Bridge defence napping but the Borris player shot over the bar.

The home side then created a few chances of their own, with their best falling to Martin Kennedy who couldn’t convert. They should really have opened the scoring on the quarter hour when they were awarded a penalty but Barry Kiely blazed it over the bar.

Both sides had chances after this but it was on the stroke of half time that the deadlock was broken. Another ball straight through saw the visitors Kieran Hennessey get the ball and finish past Danny O’Mahony in the home goal to put his side ahead at the break.

The home side equalised with the first attack of the second period just two minutes in. A corner from Barry Kiely wasn’t cleared and Rory Maher managed to turn and get his shot away and into the net.

In the tough conditions both sides were playing some really good football, and just after the hour mark Martin Kennedy did well to get past the full back and pulled the ball back to Barry Kiely who shot just wide. Old Bridge continued to put the pressure on but it was Borris who retook the lead against the run of play 15 minutes from the end. A shot from Jack Cleary deceived Danny O’Mahony in the Old Bridge goal and crept in. Straight from the kick off the game was levelled after a quick free kick saw Martin Kennedy shoot and the Borris keeper couldn’t keep it out.

Eoin Leahy then had a snapshot eight minutes from time that went just wide and Borris also had a few chances that they couldn’t convert, leaving the sides to share the spoils in the end.

Clonmel Celtic continued their title charge when they ran out deserved winners at Palmershill against Cashel on Sunday.

The visitors started strongly and created chances right from the start before opening the scoring in the ninth minute with a good finish by Seanie O Hara from ten yards out. They continued to press and created several other chances but Richie Ryan was in excellent form in the Cashel goal, and kept the deficit to the minimum in the first half.

It was more of the same in the second half however with Cashel not creating many opportunities and Ryan keeping Celtic at bay sometimes almost on his own. He was helpless though when in the 68th minute and the visitors got the cushion they were after with O’Hara scoring his second from close range after a defensive mistake. The game continued in the same vein afterwards with the visitors in complete control though unable to add to their tally.

St. Michael's dropped more points here in their quest to regain the League title at a gale lashed Glengoole last Sunday afternoon, with the home side scrapping tooth and nail in their fight to stay in Premier League. The visitors played with the wind in the first half and a lot of the time they over hit passes or fired shots well over the bar. They had a number of half chances to open the scoring throughout the half, but the best came when striker David Grincell was upended in the Glengoole area ten minutes before half time, and they were awarded a penalty. However David Slattery’s spot kick was fired wide and the teams went to the break level. Despite playing into the wind in the second half the visitors continued to make all the running but apart from a half chance by Slattery half way through the second period and a late header by James Walsh they never looked like breaking the deadlock, and the home side managed to grab themselves a precious point.