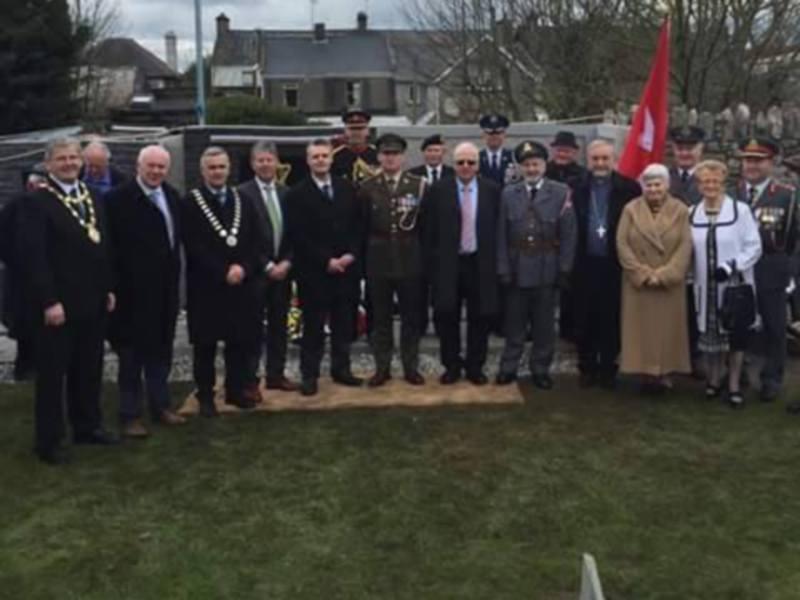 x Thurles commemorated the centenary of 1916 with dignity on Sunday as guests of honour, Ambassadors, Councillors and Clergy assembed in St. Mary's Garden of Remembrance to recall all the Irish and British who perished in the 1916 Rising.

Following Mass in the Cathedral of the Assumption, more than 200 dignitaries paraded around Liberty Square, led by Templemore's Thomas McDonagh Pipe Bnd. Master of Ceremonies and Secretary of the organising group, the Durlas Eile Eliogarty Memorial Committee, Cllr Jim Ryan said he was humbled at such a large attendance in St. Mary's Garden of Remembrance - many of those present had travelled long distances to attend.