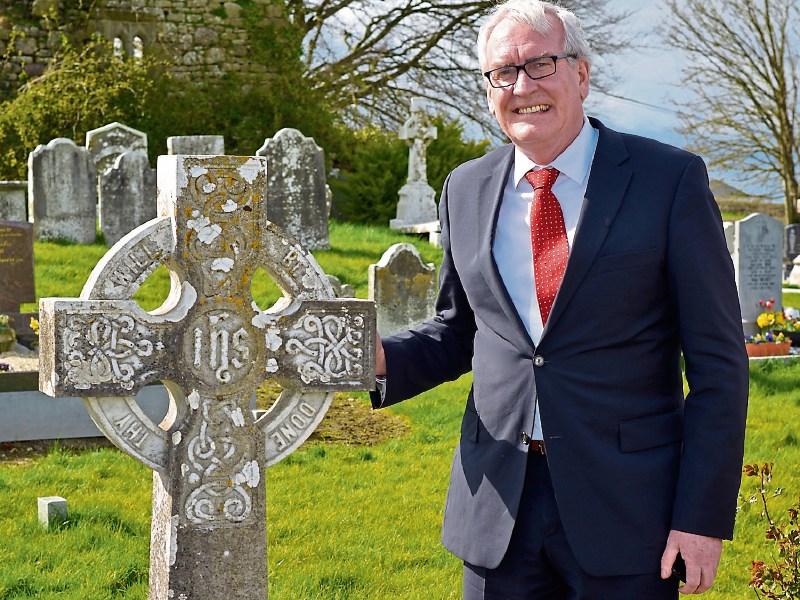 A tiny, country graveyard in Tipperary could become the county’s newest tourist attraction, thanks to the visit of the Canadian Ambassador to Ireland.

The visit by His Excellency Kevin Vickers highlighted an historic gem that many did not know rested in Tipperary - the grave of a man who founded the famed Canadian ‘Mounties.’

Ambassador Vickers served with the Royal Canadian Mounted Police (‘Mounties’) for more than 20 years before taking heading up security at the Canadian Houses of Parliament and being appointed to represent his country in Ireland.

Last Thursday the ambassador was granted a Cathaoirleach's Reception by Cashel Tipperary Municipal Distirct Coucil and then the councillors accompanied Ambassador Vickers to the tiny Killadriffe Cemetery, in Kilmoyler, the final resting place of General William Frances Butler.

General Butler was born in Golden in 1838, had an illustrious career in the British Military, and retired to Bansha Castle where he died in 1910.

Among his many achievements General Butler, during his time serving in Canada, receommended the foundation of the RCMP and was also the person to propose they wear what has become their famous red uniforms.

Until now General Butler has rested in almost total anonymity but now his resting place and his important role in Canadian history have been highlighted by Ambassador Vickers, the peaceful spot is sure to attract more visitors.

At the Cathaoirleach's Reception in his honour, Ambassador Vickers was visibly moved by the warm welcome afforded to him. His Irish roots are in counties Wicklow and Laois, but the ambassador said he was “honoured and exceptionally humbled” by the words of welcome in Tipperary which meant so much to him.

Speaking about the enduring links between the two countries, Ambassador Vickers said Canada is a great country because the Irish made it that way. He also recalled growing up visiting the Irish Memorial Park at Middle Island, in New Brunswick, Canada where 254 people who died emmigrating from Ireland are buried. “The bond between Canada and Ireland is a sacred bond,” he said. With emotion in his voice, the ambassador said he only wished his father could have seen the welcome he received in Ireland. “From the bottom of my heart, thank you very much.”