Success for rowers at Skibbereen regatta 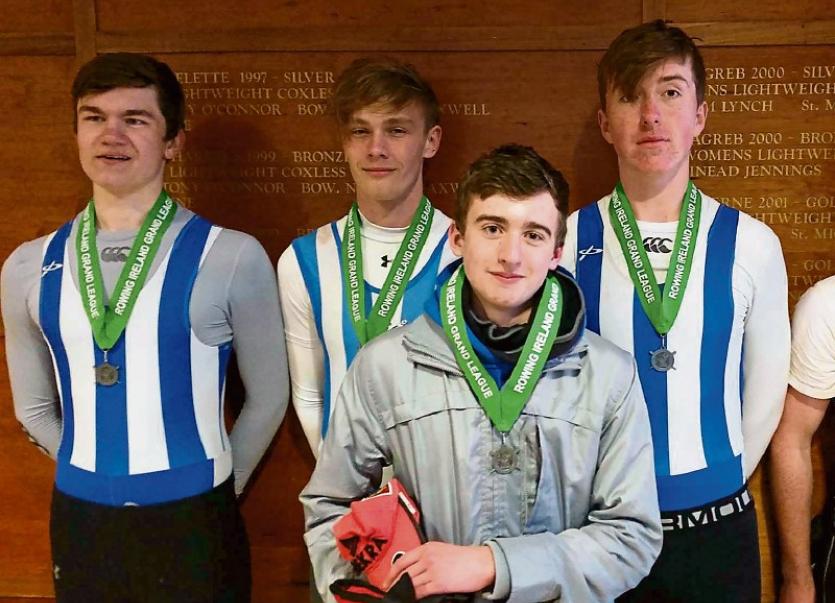 The regatta, which is usually a two-day event, was condensed to one very long day due to the bad weather forecast for Sunday. The conditions on Saturday were very cold, and as the day went on there were passing hail showers and wind squalls, which resulted in difficult rowing conditions.

The first club member on the water at 8.30am was Daire Lynch, who performed extremely well at the National Trials in February. Daire and Shandon Rowing Club member Ronan Byrne are on track to represent Ireland in the double scull event at the World Rowing Championships in August in Rotterdam.

After winning his first heat in the Men's Junior 18A single scull, Daire’s final proved to be the closest race of the day, requiring a photo finish to determine the winner. Daire came second by 0.03 seconds behind a senior Queens University rower, but won the Junior 18 1x category. Daire also rowed in the Men's Senior double scull with Ronan Byrne and they came second in their final.

Next up were Matt Dundon and Conor Sunderland, competing in the Men's Junior 18 double scull event; they comfortably won their first heat but were unlucky to come fourth in the final.

Clonmel's single scullers battled with changing difficult conditions prevailing over the afternoon during both their heats and the finals. Matt Dundon, Andrew Butler and Jason McKenna raced in the Junior 18B category with Andrew coming third, Matt finishing fourth and Jason fifth in the finals. Sean O’Donnell came second in his J16 category heat and in the final race maintained his composure to finish second by a mere 0.02 seconds.

The final race on the day for Clonmel Rowing Club was the Men's Division 2 coxed quad, crewed by Eoghan Hewitt, Andrew Butler, Conor Sunderland, Jason McKenna and Mark Bates as cox. Their first heat went very well, with Clonmel finishing way ahead of the pack and posting the second fastest heat in the category.

The final race at 7.30pm, however, proved a much closer finish, with just 1.06 seconds separating them from their closest rivals.

The young men dug deep into their reserves to find the extra push at the critical moment, increased their rate and crossed the line deserving Grand League winners. It was a wonderful end to a long, cold and challenging day.

The club's next competition is the Limerick Regatta on Saturday April 23 – they can but hope for kinder weather!