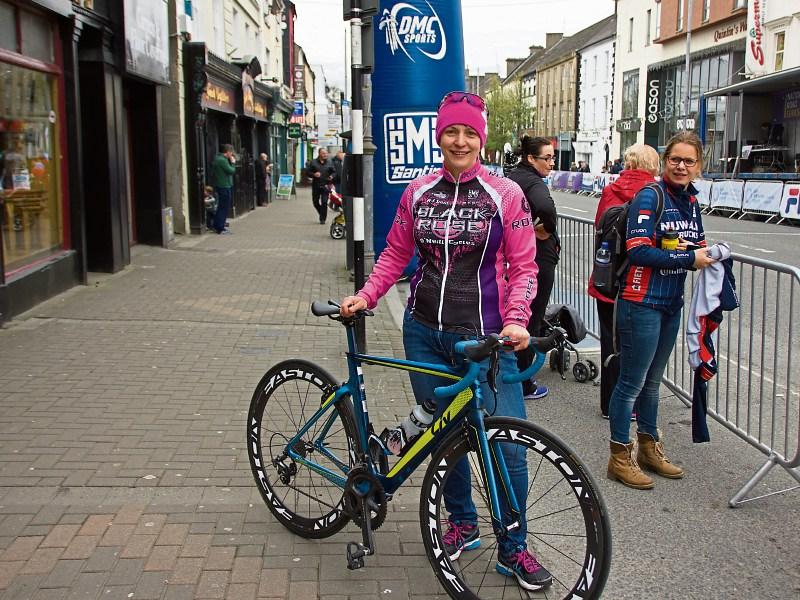 There was plenty of joy for local riders in this year's Gas Networks Ireland Visit Nenagh Classic which took place last weekend.

The North Tipp Wheelers claimed second place in the team time trial sprint from Five Alley to Birdhill and back. The trial was the designated Munster Time Trial Championships, with the Nenagh team just losing out to their fellow wheelers from Tipperary Town. The event was won in record time by the Dutch team of Nijwa Trucks / Fila /NWVG in a time of 34.48 minutes, which means they covered the 28km course in just under 50km/h. Castlebar CC came second.

Meanwhile, Julie White of North Tipp Wheelers took the women's 19.16 sprint through her native Cloughjordan. This year's Visit Nenagh passed through Cloughjordan as part of the village's 1916 commemorations and its connections to Thomas MacDonagh. The sprint started outside the Proclamation signatory's house on Main Street, which fell at 19.16km from the start. The overall women's event was won by Aideen Keenan of Scott Orwell Wheelers in Dublin, with Nenagh's Sinead Oakes in fifth.

The main event in a cold breeze on Sunday - the 169km Visit Nenagh Classic - once again attracted some of Ireland's top riders for what is a gruelling race around some of the best sights in North Tipperary.