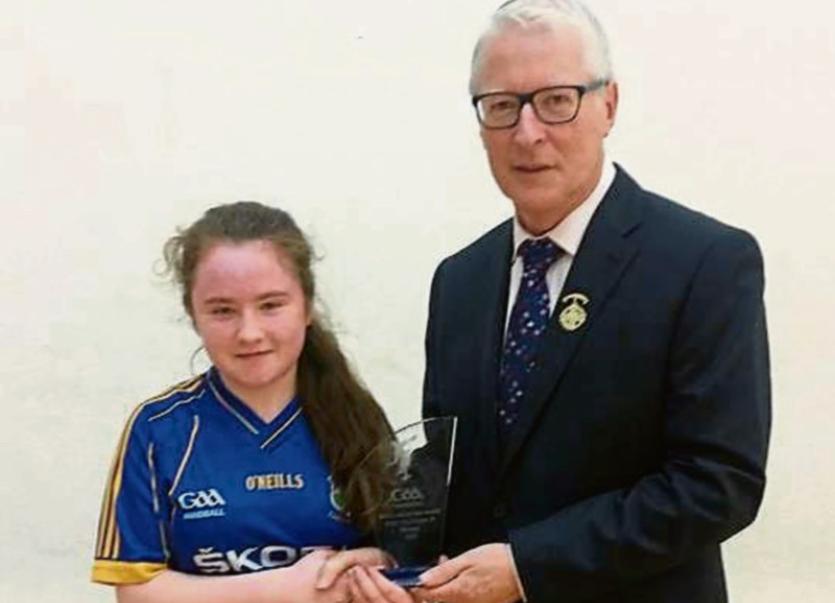 In the Junior 40x20 Nationals Tipperary were well represented in the A & B competitions. In the Girls 13B Siobhán Prentice (Ballina) was in great form winning all her games to reach the final where she beat Cailíosa Ní Dhuill from Armagh 13/15, 15/1, 11/6 to take the National title. In the Boys 13B plate final Adam Fogarty (Ballina) defeated Sam Dunning from Cork. In the Girls 17B final Eimear Meagher lost out to Laura Finn from Sligo 15/6, 15/4. In the Boys 17B final Aiden OFlahe'ty (Youghalarra) was beaten 15/8, 15/13.