Tour de Munster to support Down Syndrome Ireland once again 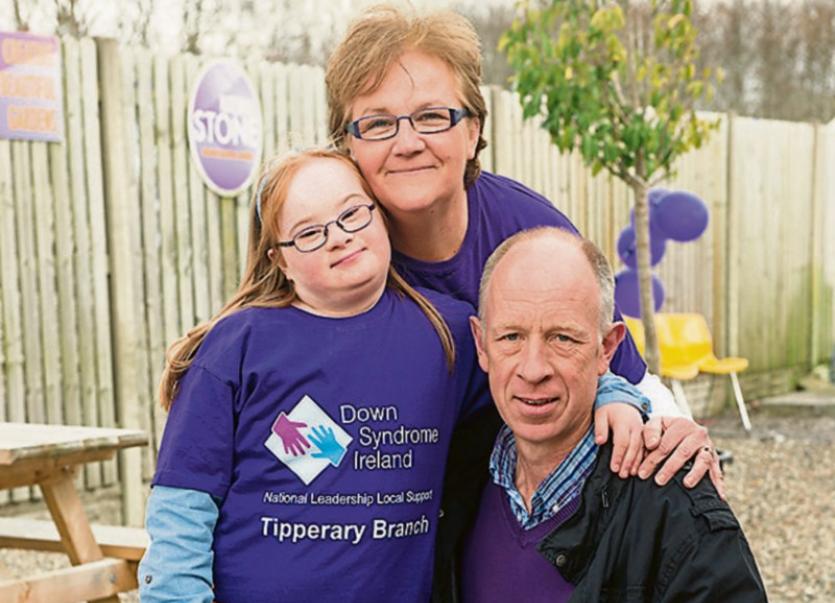 Details of the partnership that sees the 16th annual Tour de Munster Charity Cycle once again “share the journey” with Down Syndrome Ireland (DSI) Munster Branches, were announced at the weekend at an event attended by cyclists, friends and families connected to DSI.

Carrick-on-Suir cycling legend Sean Kelly will once lead off the tour and compete for the four days.

This is the 7th successive year that the national charity has been the beneficiary of popular charity cycle, which this year takes place from Thursday 4th to Sunday 7th August.

Over the partnership’s history, Tour de Munster has developed close ties and formed lasting friendships with DSI, with many of the charity’s parents and friends participating in the cycle year after year.

The aim this year is to raise a further €250,000 for DSI. Entering its 16th year, Tour de Munster is proud to have raised over €2 million for the various beneficiaries since its inception.

Tour de Munster 2016 will see approximately 100 to 120 amateur cyclists travel across all six counties in Munster in just four days in early August, supported by friends, family and the scores of DSI volunteers who will fundraise throughout the route. Each cyclist will cover their own expenses so all funds raised go directly to DSI.

Phil Keohane, Tour de Munster Branch Liaison Officer, and cycle participant, is delighted that DSI has been chosen for the 7th year in a row.

He said - “The support DSI Munster branches have received through this partnership over the past six years has been phenomenal, and we’re thrilled to be the Tour’s chosen partner once again.

“Last year’s Tour raised a quarter of a million euro and these funds have made a tremendous difference to the lives of people with Down syndrome in Munster, as well as their friends and families by providing vital services and facilities in each county.”

He continued - “The goal of DSI is to enable children born with Down syndrome to be as independent as possible, and through the great work of the Tour de Munster cyclists and supporters, DSI can access the funding needed to help more young people with Down syndrome develop and flourish in practical ways.

Cycling legend, Sean Kelly, who is an avid supporter of Tour de Munster, will once again cycle with the group for the full four days of the Tour.

The event begins on Thursday, August 4th in Waterford City and continues over four days around the six counties of Munster until it reaches Cork on Sunday, August 7th.