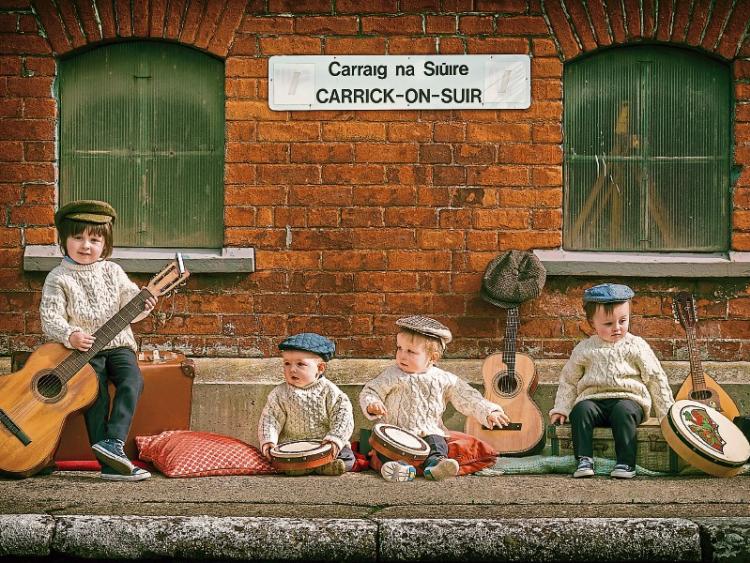 A packed programme of events celebrating the music and ballads of the Clancy Brothers is planned for the ninth annual Festival run in the group's memory in Carrick-on-Suir from June 1 to 6.

Brewery Lane Theatre’s Clancy family connections go back to its beginnings in 1955 when Liam Clancy and Peg Power were two of the drama group’s founders.

Continuing the dramatic tradition laid down by its founders, the theatre will host once again the Festival's popular lunch time theatre production, which will be Sean O'Casey's one-act play "The Moon Shines on Kylenamoe", a one act play written by Seán O’Casey. Marie Clancy will direct the drama. The entry fee includes a light lunch in the Theatre's tea room which is just the ticket for a sociable afternoon with the cast and other audience members.

Liam Clancy's son Dónal will return to his family's hometown to play a concert in Brewery Lane Theatre with family and friends on Thursday, June 2. The concert will be produced by Colm Power, a nephew of the Clancy Brothers.

Dónal is an internationally acclaimed singer and guitarist steeped in Irish musical traditions who has played to audiences across the globe with his father and with traditional group, Danú. In recent years, Dónal has turned his attention to the songs he grew up with, and keeping the Clancy Brothers tradition alive with his solo performances.

Brewery Lane Theatre will also be the venue for an evening of music and song with two of Ireland’s foremost contemporary folk ballad singers, musicians and songwriters, Eleanor Shanley and Mike Hanrahan. Their concert takes place on Friday, June 3.

Shanley and Hanrahan have a musical pedigree stretching from Tumbleweed to De Danann and Stockton’s Wing. Both performers have enjoyed successful solo careers and toured with folk legends such as Ronnie Drew, Finbar Furey and Liam Clancy.

Brewery Lane's final Clancy Festival event will be a folk concert featuring "Strange Fruit" in the Theatre's tea room on Sunday night, June 5. Paul Grant, who previously played with Liam Clancy, will be among the performers.

After the success of "Clancy-Cymru", televised in Ireland and the UK, Róisín Clancy and Ryland Teifi will premiere their new show, "Water’s Wide"in the Strand Theatre on Saturday night,June 4. The show will weave together songs, stories, music and dance from Ireland, Wales and Scotland.Róisín, who is daughter of the late Bobby Clancy, and her husband Ryland are both award winning actors and musicians. They will be joined by Evan and Michael Grace for this exciting new show.

Further information is available from The Tudor Artisan Hub.

And Carrick-on-Suir's Sean Healy Public Library will present an afternoon film called "The Story of the Clancy Brothers and Tommy Makem" on Friday, June 3.

The full programme for the Clancy Brothers Festival of Music and Art will be available in May. Further information from The Tudor Artisan Hub, 42 Main Street, Carrick-on-Suir, tel: (051) 640921 or www.clancybrothersfestival.org.