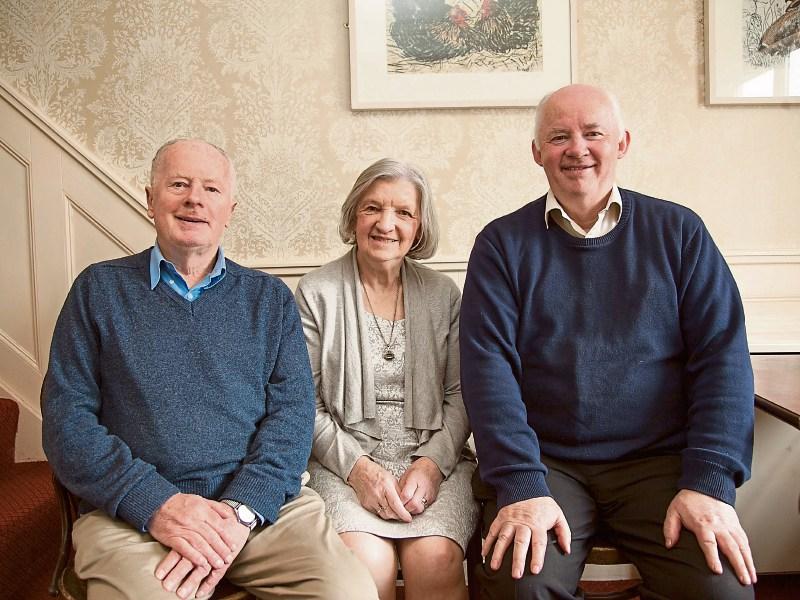 One of Cashel's most vibrant clubs is gearing up to celebrate ten years in existence.

Cashel Toastmasters was first set up early in 2006 and next month will hold a celebration dinner to mark the special occassion.

Planning is already well under way and tickets are printed and onsale for the event.

It is hoped that those who were invovled at any time over the last ten years will join in the celebration to catch up with old friends and to mark the good times they had together, as the club sets its sights on the future.

The first meeting to set up Cashel Toastmasters was held in Gleesons Pub on the evening of Jauary 19, 2006. 65 people were in attendance that night, proving there was definitely a demand for a local club!

Since then membership has risen and fallen with the times, especially seeing a drop during the recession when many younger people left the area in seek of work.

From it's foundation in 2006, the Cashel group has received great support from the other Toastmaster groups in the county - Clonmel, Thurles, Nenagh, Roscrea and Ballina. The members of these groups are also welcome to join in the anniversary celerations.

New members are always very welcome to come along. For the first two meetings you are considered a guest. There is never any pressure on somone to speak and, reassuringly for anyone consiering joining, everyone admits to being nervous when they first join, but accoring to Nell Cooney not only do members become more comfortable but they grow in confidence.

Pat Buckely explained he first joined out of curiosity; Nell joined get more confidence in public speaking; and Tom said he was asked to join by a friend and found the club interesting so stayed.

“I was no good at public speaking when I joined but I got better,” Tom told The Nationalist. Infact in his years as a member of Toastmasters Tom has progressed from being a complete novice to attainging the club's highest skill level of 'DTM' - Distinguished Toast Master. He said some people can hardly speak when they first join but you can see them grow in confidence in the first couple of months.

“The more you speak the more confidence you have - you don't find it as terrifying!” Pat agreed.

Nell reassured potential members that everyone is nervous at first. She also pointed out that the club has a lovely social side for members.

Anyone can become a member. One of the Cashel members joined to be able to speak at his own wedding, and enjoyed it so much he stayed on afterwards and has become a very good speaker.

There are Toastmasters Clubs all over the world. The organisation was first set up in California by Ralph Smedley in the 1920s.

The club structure sees the Cashel club as part of an Area; Areas join together to make up the Division; Divisions come together to form a District. Ireland and the UK make up the 'local' District.

Competitions run on the same lines, with winners progressing on to the larger section with each step of the competition. Divisional winners compete in America. Local people have done well in these competitions. Pat progressed to the Divisional final on several occassions.

There is no obligation on members to take part in any competition. However they can work towards milestones of personal achievement through local workshops on speachcraft, gaining certificates, a pin and aiming for the hightest level of DTM. ALong with Tom another DTM holder locally is Pat Foley and Nell is working on hers.

In the meantime Nell, who is Area Governor this year, is working hard on the tenth anniversary celebration. It takes place in the Brian Ború, Cashel, on May 27 at 7pm. Tickets are €25 and can be bought from Nell (contact 0876729851) or any member of Cashel Toastmasters.

A special welcome is extended to former members to come along on the night.