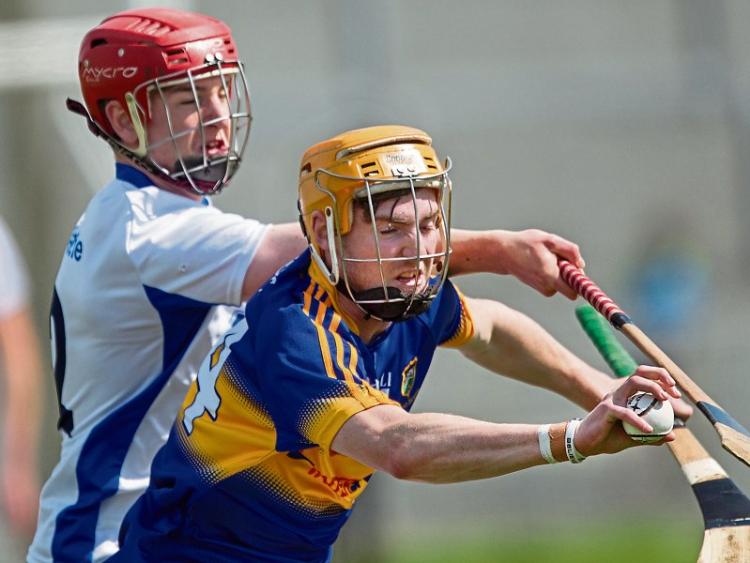 Only three points separated the sides at the final whistle but Waterford were much the better team in Saturday's Munster Minor Hurling Championship play-off at Walsh Park.

Tipp have a chance to rescue their season but to do so they'll have to beat Clare in Ennis in another play-off, a game that will be played at Cusack Park next Wednesday May 4.

Tipp were honest and wholehearted in Walsh Park, although they always struggled to cope with Waterford's fluid performance that earned the win that puts them through to the semi-finals along with Cork and Limerick.

Waterford clearly showed the benefit of having already played a match in the championship (a first round defeat by Cork) and their touch was much more assured than those of the Tipperary players, who also took some time to get to the pace of the game.

In a game watched in sunshine by an attendance of 1,621, the sides were level seven times before a Waterford scoring burst that yielded 1-3 in the space of four minutes, between the 9th and 13th minutes of the second half, gave them a clear advantage.

Points from Jack Prendergast and two from the game's outstanding player Eoghan Murray, the first from a free, saw the home team pull clear before their goal in the 43rd minute left Tipp with a mountain to climb.

Tipp goalie Ciarán Barrett produced a great full-length diving save to block Thomas Douglas' effort but the rebound was snapped by Neil Montgomery who shot to the net to put Waterford ahead by six points.

As the game continued to open up after a scrappy and dour opening half Tipp tried desperately to rally. Ger Browne and Lyndon Fairbrother, two of their best players had points but Eoghan Murray and Jack Prendergast kept the scoreboard ticking over for Waterford.

Tipp needed a goal to get back into contention and they went close with just under a quarter of an hour remaining only for Dillion Quirke, who scored their goal in the first half, to see his effort denied by a superb save by Waterford 'keeper Billy Nolan.

Captain Brian McGrath was brought out to midfield from full back but Tipp couldn't make any significant inroads into Waterford's lead. The accurate Lyndon Fairbrother found the target from a '65 and a free while Harry Ruddle Redmond, who was unerring from placed balls, converted a free and a '65 to maintain his team's 6-points advantage.

Tipp outscored their opponents by 0-4 to 0-1 in the closing six minutes thanks to three Fairbrother frees and a point from play from Cian Darcy, although they were also hampered by a lack of scores from open play, with just 1-6 of their total coming from play.

Tipp had a tonic start with Dillon Quirke's 6th minute goal, expertly executed when Lyndon Fairbrother supplied a handpass when he collected Jake Morris' line ball. However they failed to push on and points from Eoghan Murray (0-2) and Thomas Douglas meant that Waterford had erased the lead within three minutes.

It was tit-for-tat for much of the remainder of the first half. Two frees from Lyndon Fairbrother and a Mark Kehoe score from play had Tipp a goal ahead again by the 21st minute. However Waterford grew in confidence and two points from Eoghan Murray and another from Redmond's '65 soon had them level.

After the sides exchanged further scores through Cian Darcy and a Redmond '65 Waterford finished the half strongly, with Eoghan Murray and Harry Ruddle Redmond converting frees to give them a 0-11 to 1-6 lead at the midway stage.

Tipp had a chance of a goal near the end of the half when Shane Neville's shot was well saved by Waterford goalie Billy Nolan.

Despite the defeat Tipp manager Liam Cahill will take encouragement from the performances of forwards Lyndon Fairbrother, Ger Browne and Cian Darcy. Half time substitute Cian Flanagan improved matters around the middle of the field while Michael Whelan and Jerome Cahill did well in defence.

Waterford's Eoghan Murray scored 11 points (including 6 from play) and looks a real prospect. The displays of Jack Prendergast, Neil Montgomery, Harry Ruddle Redmond, Tom Barron and Thomas Douglas will also give them reason for optimism heading into the semi-finals.

Tipp manager Liam Cahill said that “a lot of surgery” was needed to get his team right for the Munster Minor Hurling Championship play-off against Clare in Ennis, writes Eamonn Wynne.

“We've a lot of work to do. As a management team this is after opening up our eyes as well.

We have a massive task to go up to Ennis. We have to play away from home again but we knew at the start of the year that we would have to be twice as good on the road to try and get back to where we want to be.

I suppose if you are being really honest Waterford just blew us away today in the physicality stakes.

Waterford executed their game plan well, they looked a bit sharper. We had an awful lot of championship nerves, a lot of ball that we had in possession left our hands. We were dispossessed 12 or 13 times in the first half. We cannot afford to come away from home in the first round of the championship and make mistakes like that and expect to win.

We have to start making that ball stick to our hand, we can't be showing the same jittery nerves next time around. It's too difficult at this level, if you win ball you have to be able to hold onto it, recycle it and do the right thing with it”.

However he felt the game would stand the younger players in good stead for the trip to Ennis.