New Blueway to open up River Suir for leisure and sport 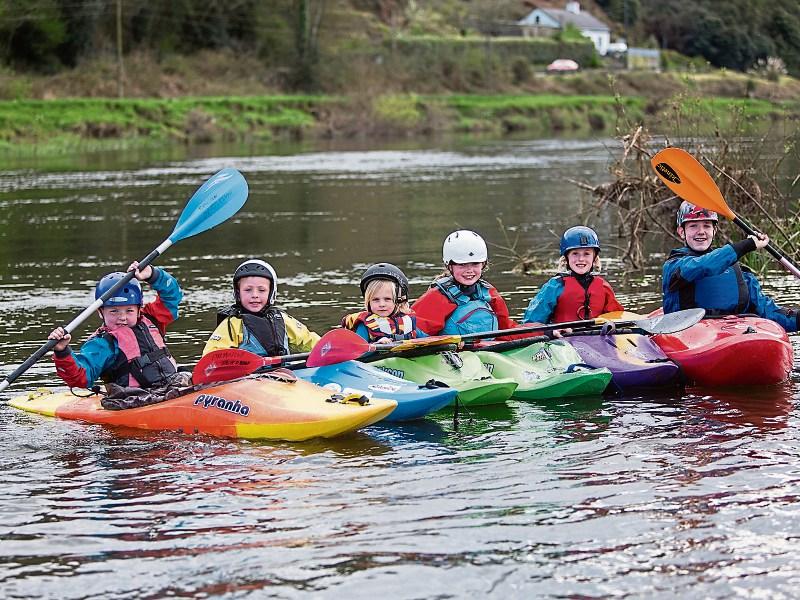 South Tipperary is moving into a new era in rebuilding its relationsip with the River Suir following the implementation of the Flood Relief Plan.

Projects are being embarked upon that signal a new confidence towards accessability to the River Suir and the promotion of recreational use of the natural amenity.

Suir Greenway develpoment, with a combined walkway and cycle path is underway and plans are now in place for a Blueway trail to encourage more recreational water activities on the river.

The Blueway will involve the investment of up to €200,000 on creating a 56 km trail from Cahir to Carrick-on -Suir.

A major feature of the plan will be the creation of a slalom course built to national standards that will provide an amenity for the sport and also generate tourism for the town.

The project will also consist of the provision of a kayak pass/ramp at Lady Blessingtons Weir which will then lead onto the 300m slalom course from Lady Blessington's Weir to Denis Bourke Park.

Access steps and other works will be carried out at Ardfinnan, Sandybanks at Marlfield and at Kilsheelan to complement the access works that that are already in place in Carrick-on-Suir and Cahir.

Submissions from the public have been received and are now being assessed prior to going back to Clonmel Borough District Council on May 18 for approval.

The project will then go out to tender and if that process goes to plan, work is expected to start in the near future.

The slalom course and river play area for canoeists and kayaks will be the first of its kind in the south east and will be an amenity of national importance with Canoe Ireland enthusiastically supporting the Clonmel plan.

The aim is to run a rapid river course over 300m marked by “gates” suspended over the water. Green and white gates are negotiated in a downstream direction, red and white gates, upstream.

The slalom course construction will involve the placement of large stone and boulders in the river to construct rock groins, islands and ledges in the river channel to create white water for canoeists and kayakers to navigate.

Gate poles will be hung from suspended stainless steel lines which will traverse the river between steel posts installed on opposite banks.

The engineer overseeing the plan Paddy Crotty said the project was an exciting one in that it would not only open up the river for recreational use by locals but would also attract clubs from all over the country, thereby generating tourism revenue in the area.

“It will promote useage of the river, that is the main onbjective.

“For such a relatively small investment it will bring so much value to the town in the years to come” said the council engineer.

Valerie Connolly from Tipperary Sports Partnership said the Blueway would provide a two day 56 km trail that would be suitable for the novice and beginners as well as the experienced canoeist.

“We are already working with the various clubs involved to ensure that the proper training is taking place and that there is an awareness of the responsibbilities users will need to take on board,” said Ms Connolly.

Paddy Crotty said that funding had already been approved for a large part of the project so once the planning proces was complete, works would begin very quickly.

Funding has been acquired for the works at Lady Blessington's Weir, the slalom course and Sandybanks.

If the planning process goes well this element of the project could be completed by September.,

Fuinding for the Ardfinnan and Kilsheelan elements would then have to be secured.

Valerie Connolly said the project had the backing of Canoe Ireland from the beginning.

“Canoeing Ireland are onboard and is working with us to ensure that the slalom course is built to national standards. “

She said a lot of work was being done with canoe clubs who use the river in advance of the use of the facility.

“At the moment Clonmel Canoe Club has about thirty members and we are expecting that to rise considerably and for other clubs to be formed along the river,” she said.

The slalom course will be capable of staging national championships with the Denis Bourke Park providing a s uitable viewing area.

“It will be unique in this country. Tthere is only one of its kind already in place and that is in Lucan so when it is up and running in Clonmel this should attract users from all over the country..” said Paddy Crotty.

Paddy said that the success of flood relief plan had created an opportunity for greater use of the river.

“We want to see people use the river more for recreational pursuits.It will be a quality facility that will bring events and more people to the town which will have a very positive impact in the tourism sector,” he stated.