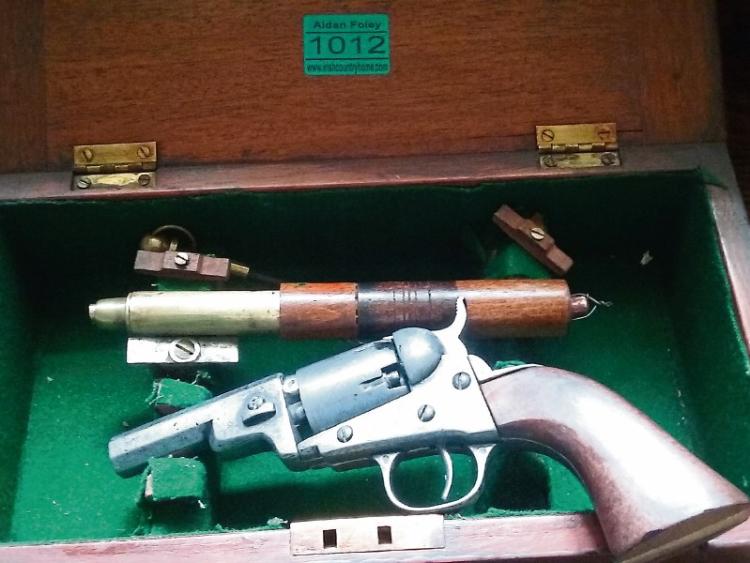 “ If walls could talk, the Cashel Palace Hotel would have many yarns and stories to tell - this week some of those stories were remembered as the hotel's contents were auctioned off ahead of the Palace's refurbishment under new owners.

Antiques buyers and those with an attachment to 'The House' had a chance to pick up their own little piece of history this week, as Aidan Foley Auctioneer brought most of the extensive art, furniture, delph, kitchenware and collection of curios under the hammer.

The auction of some 1,272 lots took place at 10.30am on Tuesday and Wednesday in the hotel and was also streamed live on the internet for bidders by phone.

Hundreds of prospective buyers, and those who just wanted to savour the old world charm of the Palace, turned up on Saturday and Sunday to preview the vast collection of items encompassing every era since the Archbishop's Palace was first built back in the 1730's by Archbishop Theophilus Bolton for the Bishop of Cashel.

Bidders are advised that collections can be made during and immediately after the sale, and this Thursday and Friday between 10am and 6pm.

However, all purchases are to be removed by 6pm on Friday.

The auction has generated massive interest from townsfolk, former staff and guests in the auction, says Mr Foley.

“Saturday, Sunday and Monday were surprisingly busy,” he said. “It's the end of an era, but we expect the next chapter to be even more exciting.”

“We sell live on the internet, and we've had inquiries from all over the world, and from people who have stayed here in the past, or people who have good memories of it. They try to buy a little bit of it. It's the same as Adare Castle or Ashford, when we did those sets.”

Mr Foley said he had just been speaking to a lady on the phone regarding a late 19th century marble top Oriental carved table - “very fashionable at the moment. And we've had inquiries from London on that.”

Readers can keep up to date with the auction live this Wednesday by going online at www.irishcountryhome.com