Joe and Margaret Healy extend thanks to Tipp 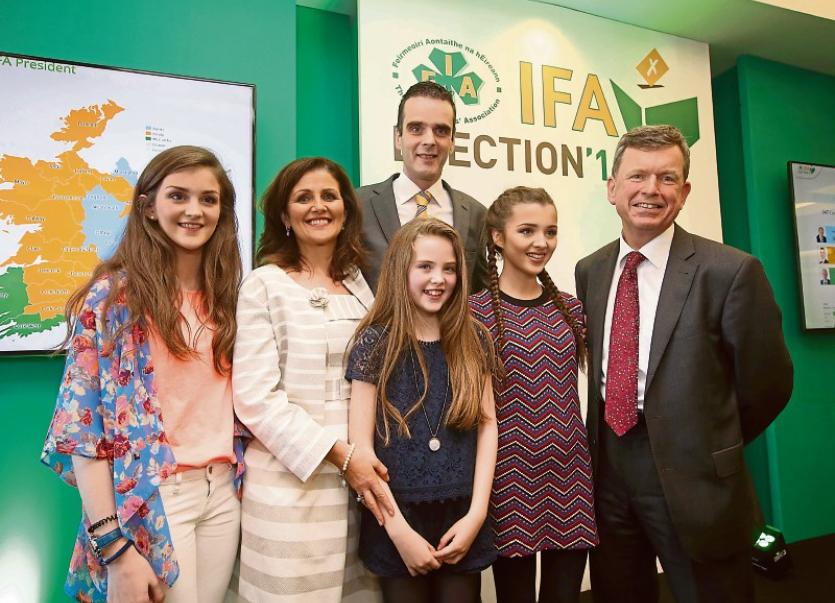 Tipp native Margaret Healy has extended a special thanks to all voters in Tipperary who helped elect her husband Joe as the 15th President of the IFA last week.

Joe Healy won the race last week in the IFA presidential bid with the second largest number of votes for the Galway man coming from the premier county.

Margaret (nee O’ Dwyer), who grew up on her family farm in Milestone just outside Hollyford, told the Tipperary Star that the Tipp supporters were instrumental to her husband throughout the presidential race.

“We owe a great gratitude to Tipperary. They really came out and supported us. They gave us a phenomenal vote,” says the new ‘first lady’ of the IFA who herself was a regular canvasser on the campaign trail throughout the premier county along with a strong team of local supporters including her siblings and their families who are spread across North Tipp.

“It’s a huge challenge for Joe, every area of farming is on its knees right now but we are 100 percent behind him every step of the way and we are confident he will do his very best,” she says. The former Macra president had been considered the underdog in the IFA race however at final count last Wednesday Mr Healy had taken 50 percent of the vote; surpassing the quota with a final tally of 14,122 votes.

Margaret, who is now a nurse manager in University Hospital Galway, first met her future husband through his sister who worked at the same hospital in Dublin. The pair were introduced at a welcome home party organised for Joe following his return from a year long Macra sponsored scholarship to a dairy farm in New Zealand.

“I’m very proud of my home turf and we’ll certainly organise a night in Tipp for everyone who helped throughout the campaign. They couldn’t do enough to help us and we want to acknowledge that.” And despite being firmly settled in Athenry, when it comes to G.A.A. Margaret says her loyalties will always lie with her home county.

“If Galway is playing I’ll support them but Tipp always wins out if it comes down to the two,” she says proudly.