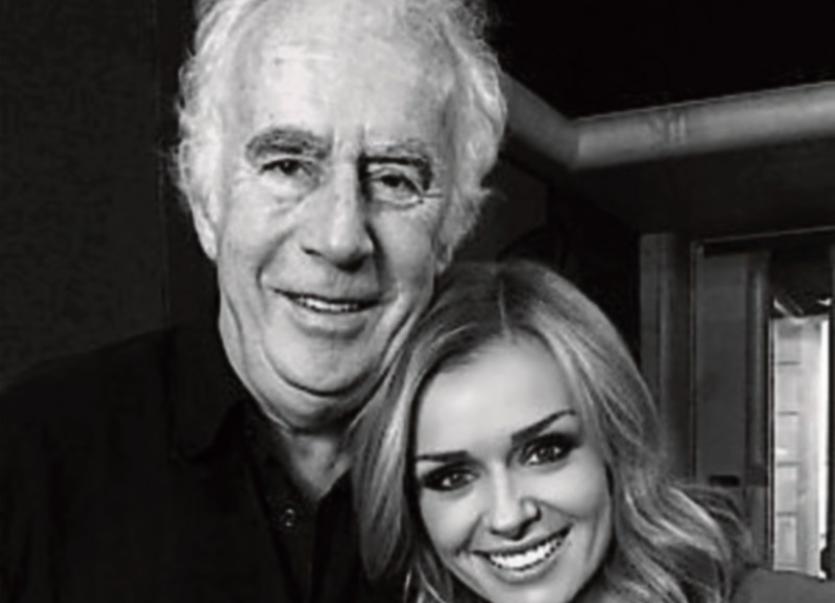 One of Ireland's most sucessful songwriters ever, Nenagh man Brendan Graham, has made it on to the Queen of England's playlist.

The man who penned such hits as You Raise Me Up, as well as two of Ireland's Eurovision winners - Rock n Roll Kids and The Voice - was asked to pen a song specially for The British monarch's 90th birthday.

And the result, This Mother's Heart, is set to be a winner. It features on Welsh singer Katherine Jenkins's latest album, Celebration, released to co-incide with the Queen's birthday on April 22.

This Mother’s Heart is a special version of God Save The Queen and Someone To Watch Over Me, which was the most popular song in the year of the Queen’s birth.

This Mother’s Heart, the lead track on the album, as well as being dedicated to Queen Elizabeth II, is also a celebration of Katherine’s own new role as a mother to her baby daughter Aaliyah.

“Katherine and producer Jon Cohen for Decca called me in to write the lyrics. It was a huge honour to be asked,” said Brendan, who hails from Kickham Street in Nenagh.

““I had the honour of You Raise Me Up being performed by Westlife for the special concert in the Convention Centre Dublin during the Queen’s historic State visit to Ireland. So, when asked to write this lyric to celebrate her 90th birthday, I couldn’t have been more happy to do so and in this very special commemorative year in Ireland, to musically reach back across the Irish Sea, and perhaps with this song, in a very small way to further the links between our two countries,” he said.

This Mother's Heart has beendescribed as a beautiful piano-led ballad that builds with a lush string arrangement and lyrics that will resonate with so many people. It’s a song that’s likely to live on and be covered by countless other artists for many years to come.

Katherine will be performing this next month, by request, at the Queen’s official birthday celebrations at Windsor Castle.

Brendan is not only enjoying royal favour these days - his The Whitest Flower trilogy of documentary novels spanning the mid-part of 19th Century Ireland and telling the story of the Irish diaspora in America, Canada and Australia have been reissued for the first time on ebook by HarperFiction. The Whitest Flower was the inspiration behind You Raise Me Up, which has amassed 100 million sales and over 1 billion internet views.