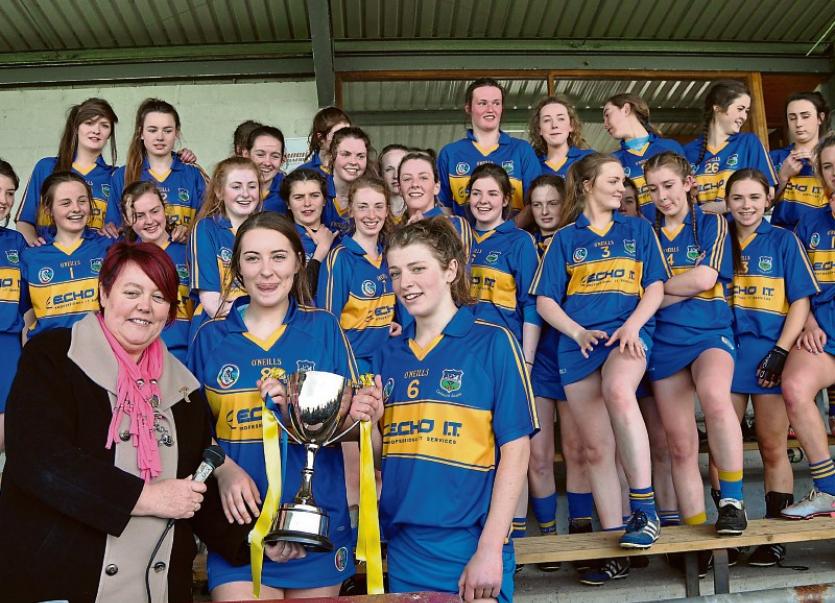 Last Saturday, April 30th 2016 will go down in the history books of Tipperary Camogie as the day this bunch of young ladies came to St Brendan's Park in Birr, County Offaly and delivered a devastating performance that Galway just had no answer for and walked away All-Ireland minor champions.

Tipp looked more focused on the job in hand the second time round and from the throw-in were causing the Galway defence all sorts of problems, but it was Galway who got the first score of the game from a free in the seventh minute and it wasn't until the 13th minute that Tipp got their first score through Sinead Buckley.

Two minutes later Tipp struck again with a good point from player of the match Orla O'Dwyer, but Galway replied with a goal and moments later Caoimhe Pardue was introduced and straight away was making her presence felt.

Points from Orla O'Dwyer and Grace O'Brien before the break put Tipp into a commanding position with the half time score reading 1-7 to 1-2 in favour of Tipperary.

Sinead Meagher, who battled hard all day, also added 1-1 to close out the game for Tipperary.

Congratulations to the management and all concerned, especially to the girls themselves for being crowned All-Ireland champions.

It is no more than they deserve for their hard work, commitment and loyalty to the jersey. No doubt we will see more days like this in the future with this talented bunch of young ladies.

The Tipperary under-14 girls travelled down to Ennis last Monday to compete in their second blitz of the season. Cconditions were terrible, but well done to both sets of panels who gave their all on the day.

The B team made it to the semi-final, but were unlucky to lose out to Galway and the A team were in hard luck in a couple of games to lose by a single point and draw another.

Hard luck to both teams, but well done on the effort. It can't have been easy to play Camogie on what was a very wet and windy day.

Congratulations to Drom& Inch Camogie club on both wins.