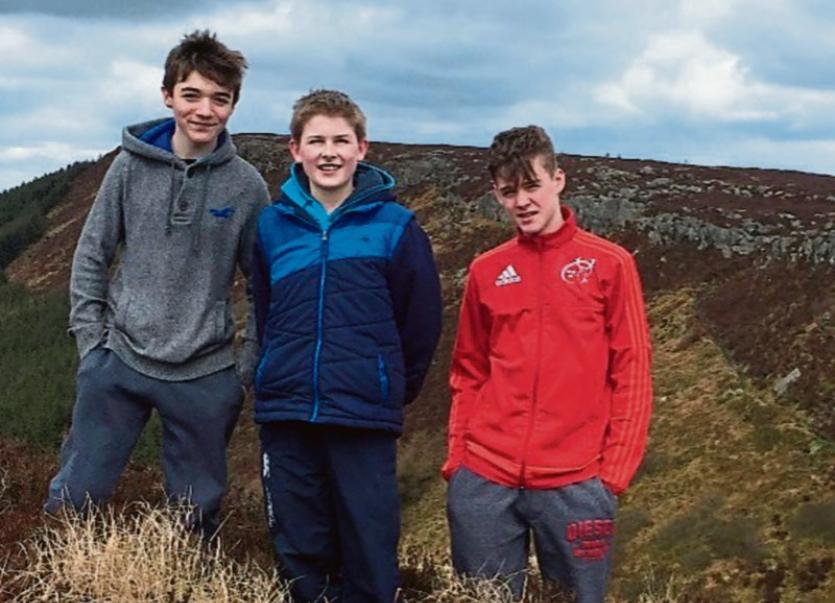 Three first year students at St. Joseph's College, Borrisoleigh have been awarded with the Discover Space Award from ESERO for their work in finding evidence of meteorites in Tipperary.

Simon Humphries from Holycross, with Mark Kinane and Joseph O'Donoghue from Templederry researched cosmic dust which is a dust that exists and floats in space.

This dust is made up of all dust-producing-objects in the solar system such as asteroids, comets, meteoroids and fragments from the moon and Mars. When these extra-terrestrial particles enter earth’s atmosphere they disintegrate, burn up and change composition and are known as micrometeorites. Tonnes of this dust are thought to fall to earth each year, but are normally collected at the poles.

Being primarily composed of iron and iron oxide, the boys devised their own scientific research method and set out to collect theses micrometeorites in their own county, with a very strong magnetic device they built themselves.

They identified that they needed a sampling location that was relatively undisturbed by human traffic and had low iron composition in the soil. The Devil’s Bit Mountain met that criterion.

A series of control and sampling tests were conducted, and with possible pollutants removed, a positive sample of micrometeorites was identified.

The Discover Space Award is funded by Science Foundation Ireland and the European Space Agency.