National honour bestowed by the Union of Students in Ireland 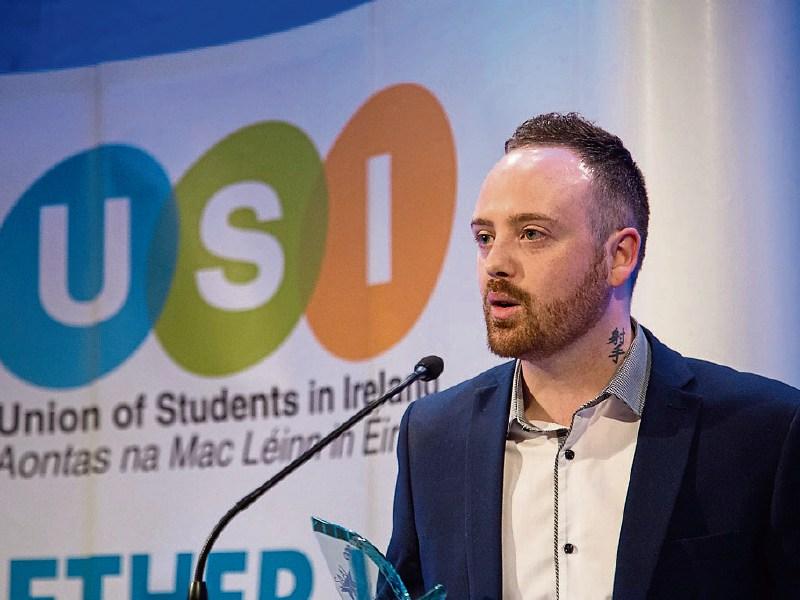 A Clonmelman who overcame a rare heart condition has been named Entrepreneur of The Year by the Union of Students in Ireland (USI).

A student at Waterford IT, 25 year-old Jonathan won the award for developing a mobile app for the healthcare sector, AppiDoc, while on clinical placement during his studies on the institute’s BSc in Applied Healthcare.

“From my own experiences I had identified a problem with missed healthcare appointments and generally found the whole process of making, rescheduling and cancelling appointments to be outdated and difficult", says Jonathan, the son of Veronica and Patrick O'Donnell from Elm Park, Clonmel.

Jonathan started school at St. Oliver's before attending Clonmel High School. However from the age of 13 he began to suffer seizures and was diagnosed as one of only six people in Ireland suffering from POTS (Postural Orthostatic Tachycardia Syndrome), a rare condition in which an excessively reduced volume of blood returns to the heart after a person stands up from a lying down position.

He missed so much school that he was unable to study for his Leaving Cert and left the High School in Fifth Year.

However he outgrew the illness in his late teens and discovered a route back to education through a level five course in business at the Waterford Youth Training and Education Centre, which enabled him to study for a degree in Applied Healthcare at Waterford IT.

In what has been a busy couple of weeks for Jonathan he sat his final exam yesterday, Tuesday and on this Thursday takes up a permanent job with the Waterford Intellectual Disability Association in a role as support worker for people with intellectual disabilities.

Jonathan is no stranger to success. Having won Waterford IT’s 2015 Solve-It Challenge he was one of 20 students selected for the Student Start-Up Week in Dublin, where he pitched to potential investors.

Jonathan also made it into phase one of the Enterprise Ireland New Frontiers, which is Ireland’s national entrepreneur development programme for innovative, early-stage start-ups, with AppiDoc.

"The HSE estimates its loss through missed appointments each year is approximately €33 million, which excludes the cost for general practitioners", he says.

"Other research found 1,300 appointments are being missed daily, costing in the region of €8 million".

Since his success with AppiDoc, Jonathan has begun a new initiative, Home Carers Ireland, which he says is still at the conceptual stage.

“Home Carers Ireland is an online platform which allows families of those requiring home-care assistance to search a directory of available private home carers in their locality.”

The Home Carers Ireland online platform is the first of its kind in Ireland, according to Jonathan. He says that families can make up to a 50% saving when avoiding agencies and choosing to employ a home care giver privately.